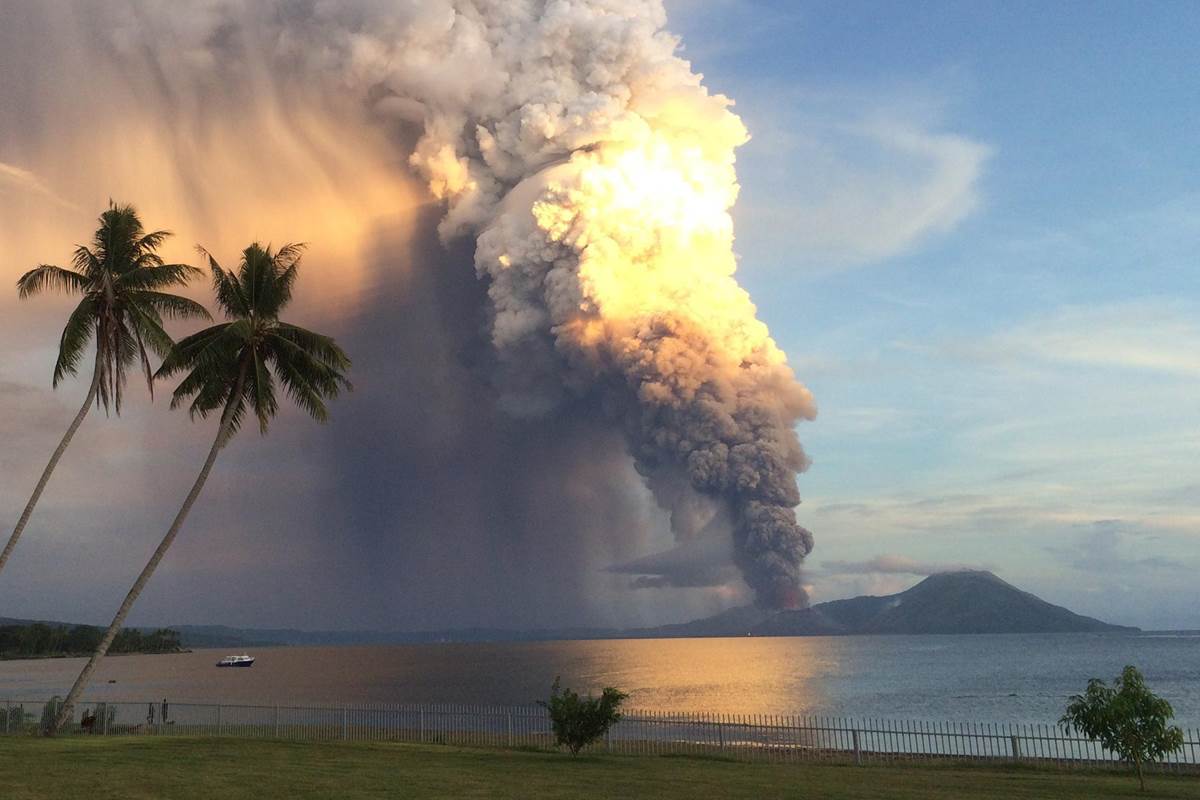 Image: Mount Tavurvur erupting in Rabaul on August 29, 2014, spewing rocks and ash into the air, forcing the evacuation of local communities and international flights to be re-routed. OLIVER BLUETT / AFP – Getty Images

Papua New Guinea sits right along the edge of a collective ring of volcanoes called the ‘Pacific Ring of Fire.’

As such, PNG is home to some of the most dangerously active volcanoes in the Pacific region.

According to the National Disaster Centre, PNG has about 16 active volcanoes whilst at least 28 are either potentially active or dormant.

The 28 potentially active or dormant volcanoes could be cause for much greater concern for those living in, or around, areas where these volcanoes are located.

In actual figures, about a quarter of a million people living in a total area of 16, 000 square kilometres could possibly be affected by these volcanoes.

Volcanic eruptions have contributed in one way or another to population displacement in PNG as well as a number of fatalities.

Measures can be taken to minimise the damaging effects of volcanic eruptions.

POTENTIAL VOLCANIC ERUPTION – SIGNS TO LOOK OUT FOR

WHAT TO DO IF A VOLCANO ERUPTS

Source: United Nations Office for the Coordination of Humanitarian Affairs – Regional Office for Asia and the Pacific (OCHA ROAP)

How do Scientists know a Volcano is about to erupt

Cheika says Wallabies can test All Blacks despite Super woes

Hundreds Missing and at Least 69 Dead in Western Europe Flooding