Tips from Spain’s centenarians on how to live to 100

Image: Maria Josefa Guillen, 103, poses for a portrait on the patio of her home in Cazalla de la Sierra, Seville, southern Spain, September 18, 2016. Guillen lives with her disabled son. She started working as a seamstress aged 12 and laughs when she recalls that the first item she had to sew was a ball gown. Guillen loves gazpacho Ð a traditional Spanish cold tomato and cucumber soup. REUTERS/Andrea Comas

CANGAS DE ONIS, Spain (Reuters) – With more than 100,000 people aged 100 or over, Spain is the country with the greatest life expectancy after Japan, OECD data and the latest population census shows.

Over a year, Reuters photographer Andrea Comas interviewed and photographed Spaniards aged 100 or more across the country from the green-hilled northern region of Asturias to the Balearic island of Menorca.

Average life expectancy at birth in Spain is 83.2, according to the latest OECD statistics made available in 2013, just a shade below the 83.4 years on average a Japanese newborn can expect to live.

Most of the men and women Comas interviewed showed a zest for life and an interest in pastimes from amateur dramatics to playing the piano. Many also continued to carry out daily duties from farm work to caring for a disabled child.

Pedro Rodriguez, 106, plays the piano every day in the living room of his flat in Asturias, northern Spain, where he lives with his wife who is nearly 20 years younger than him. Their daughters visit them often.

“The nuns taught me how to play the piano as a child,” he said after giving a rendition of a Spanish waltz.

The majority of these elderly people were surrounded by family or had loved ones calling in on them daily showing how Spain continues to be a closely-knit society, where family ties are paramount. 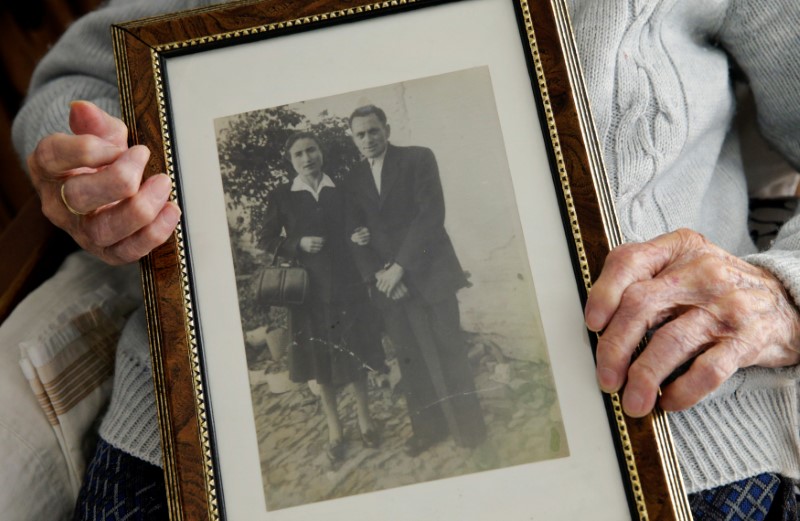 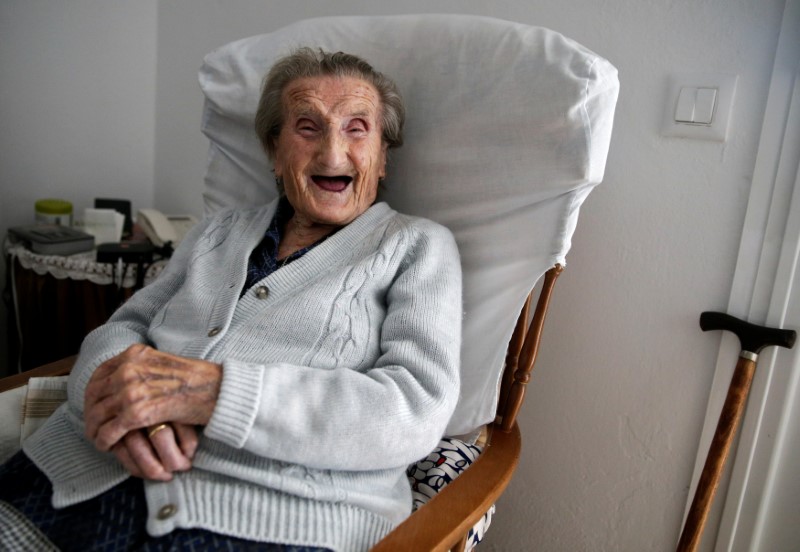 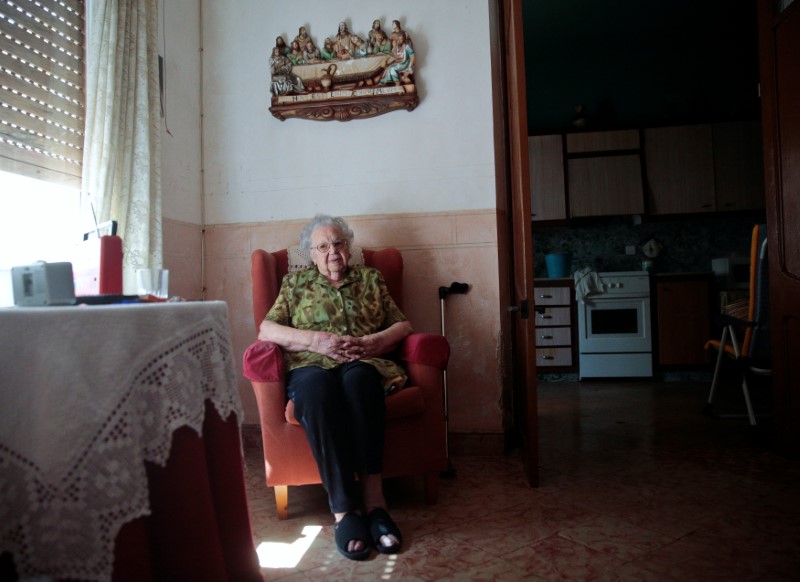 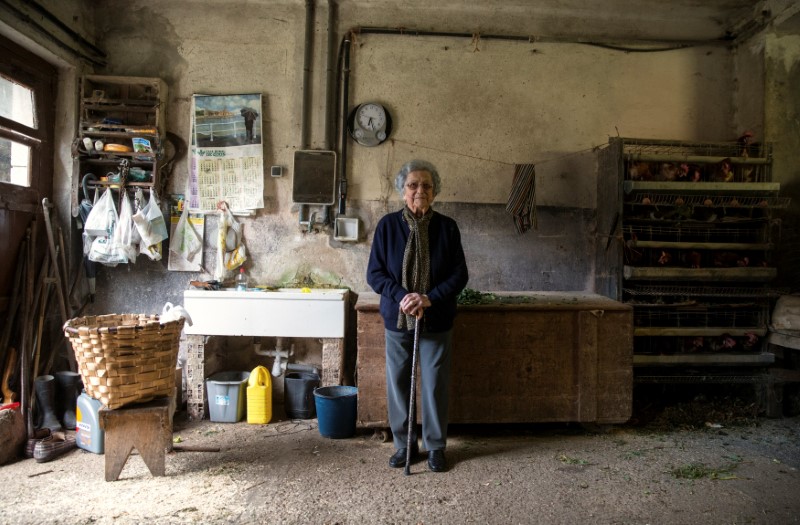 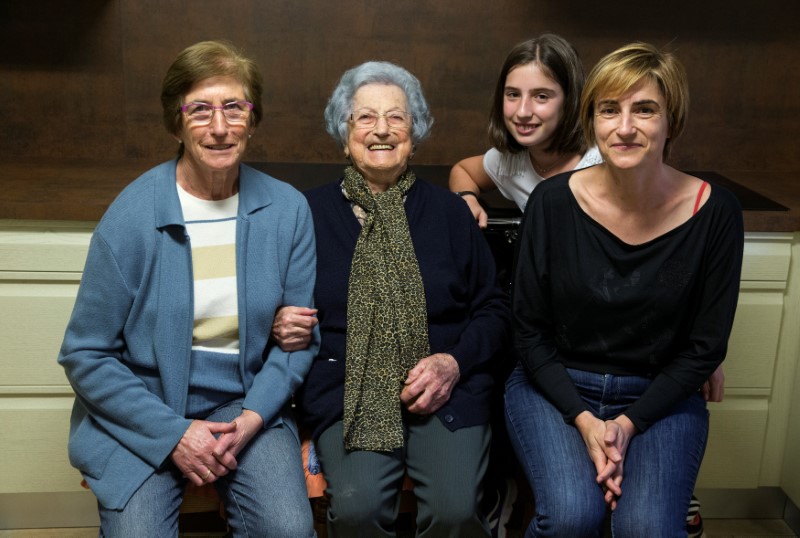 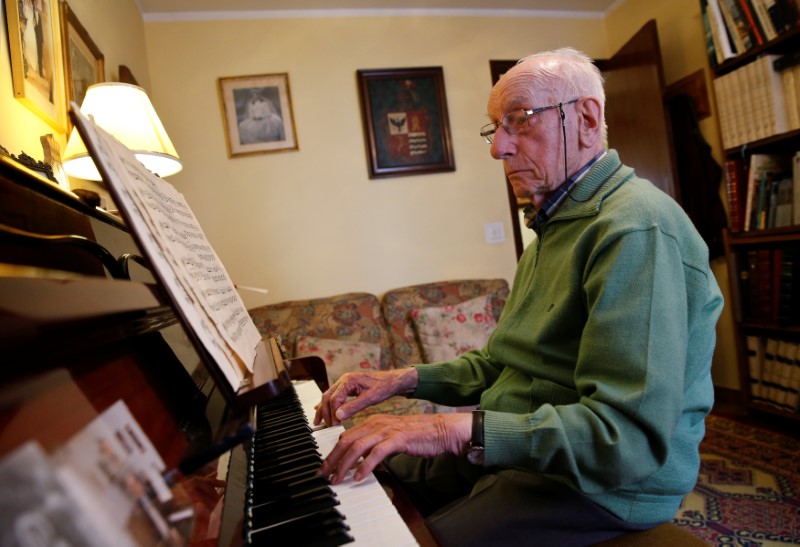 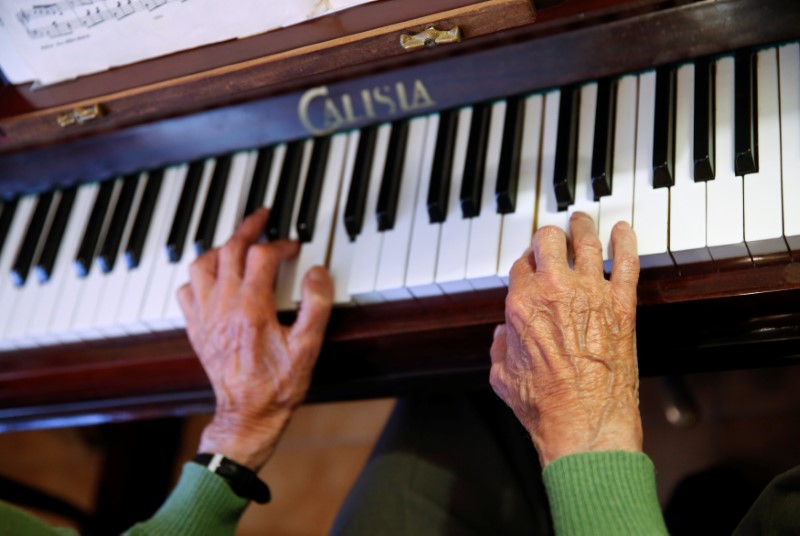 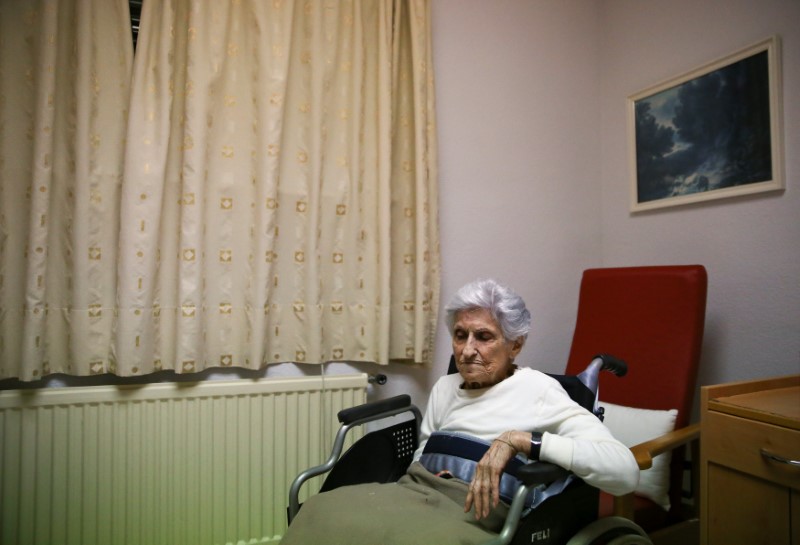 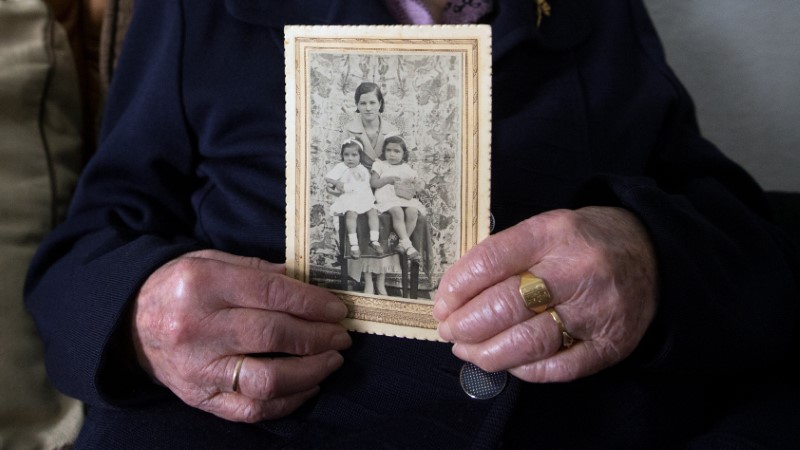 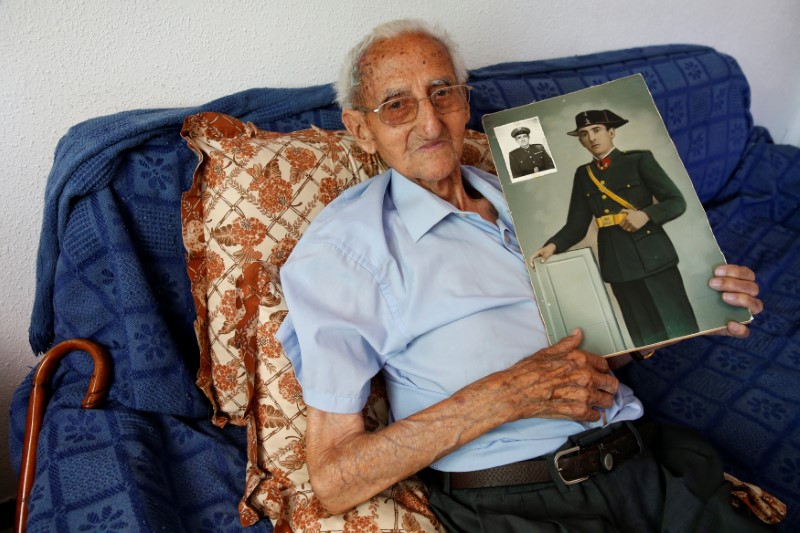 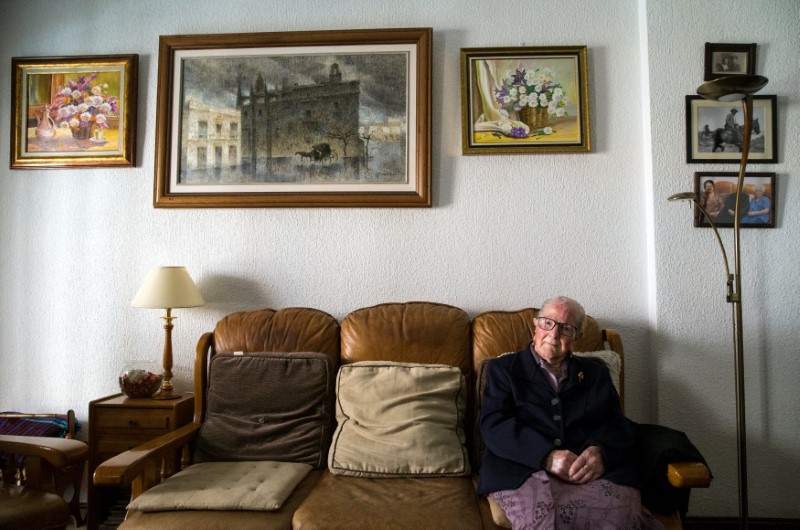 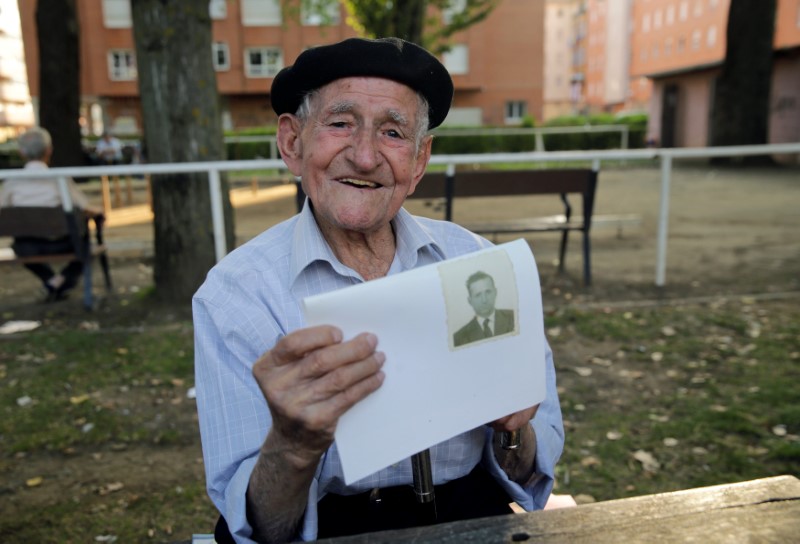 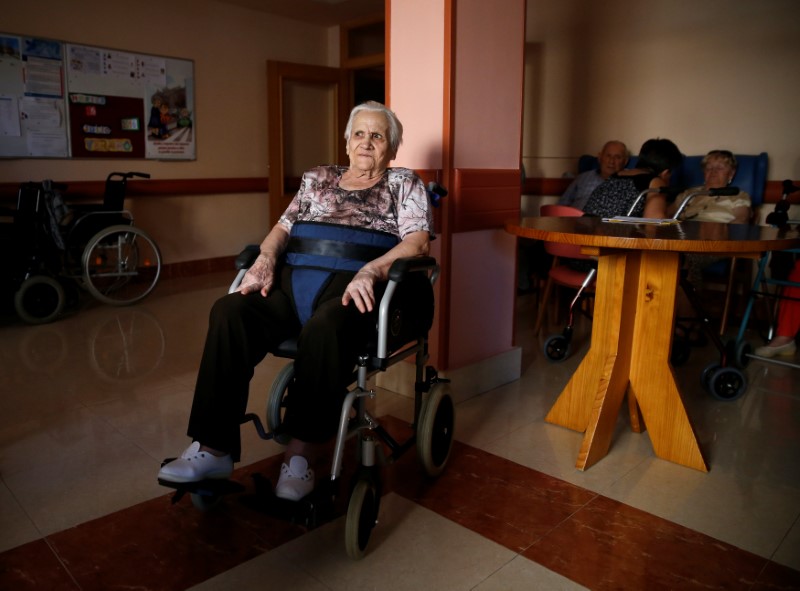 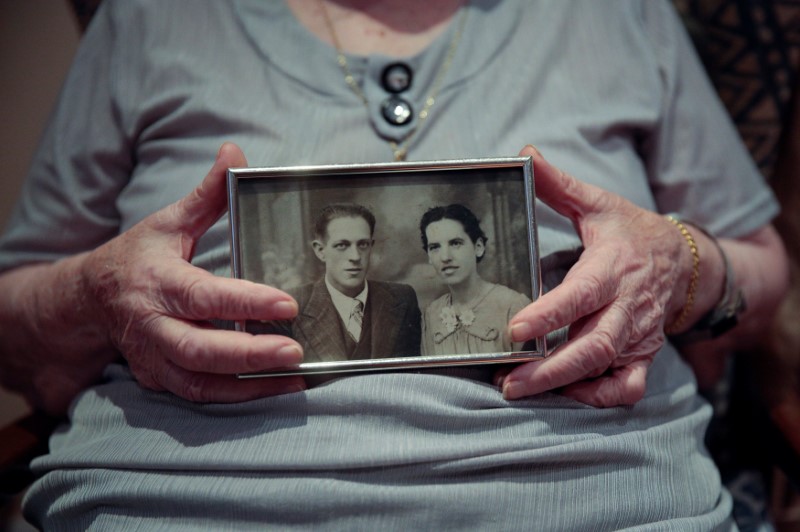 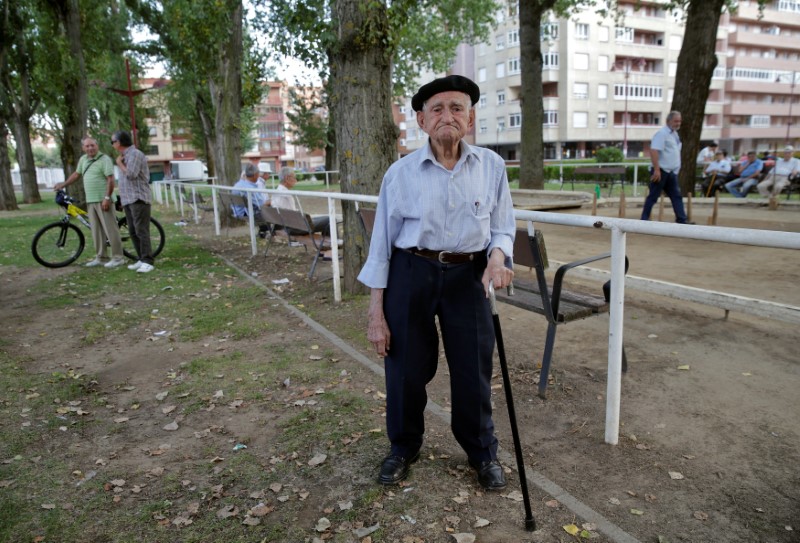 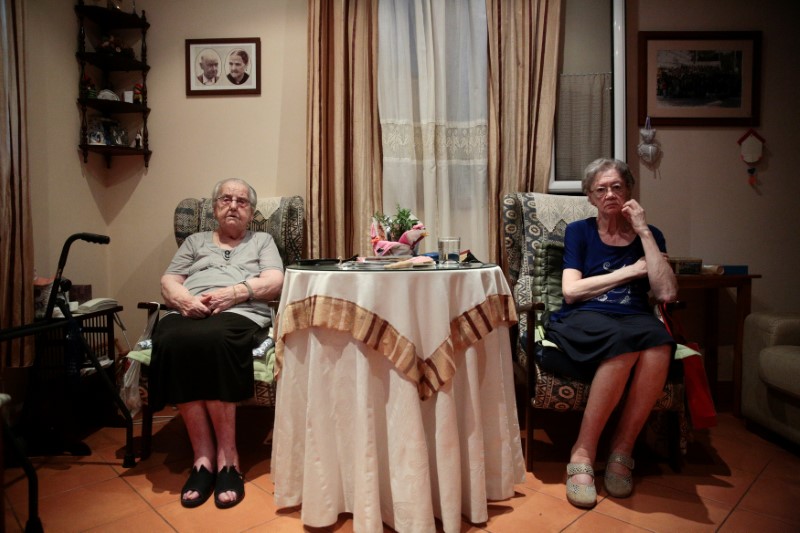 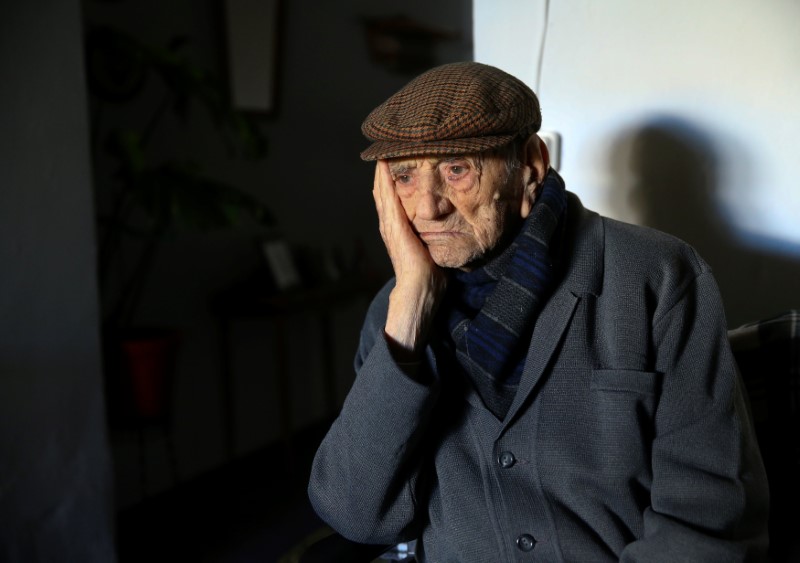 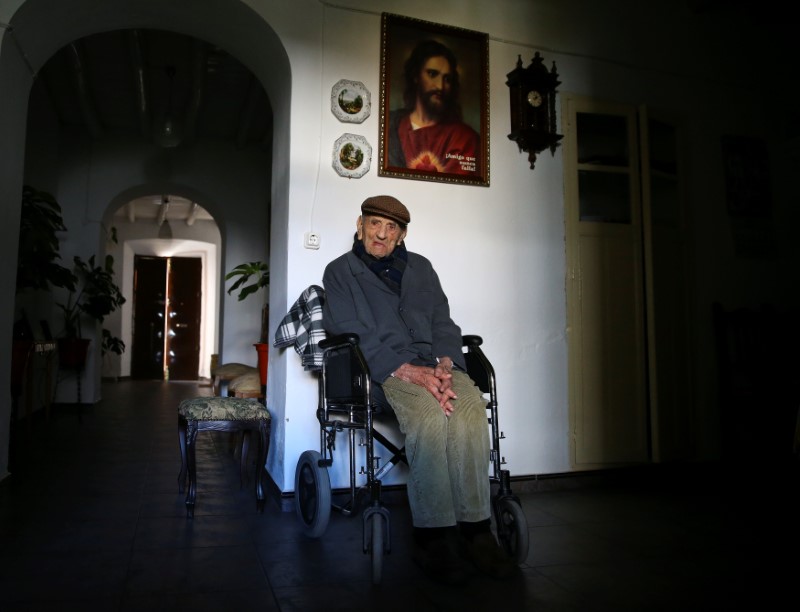 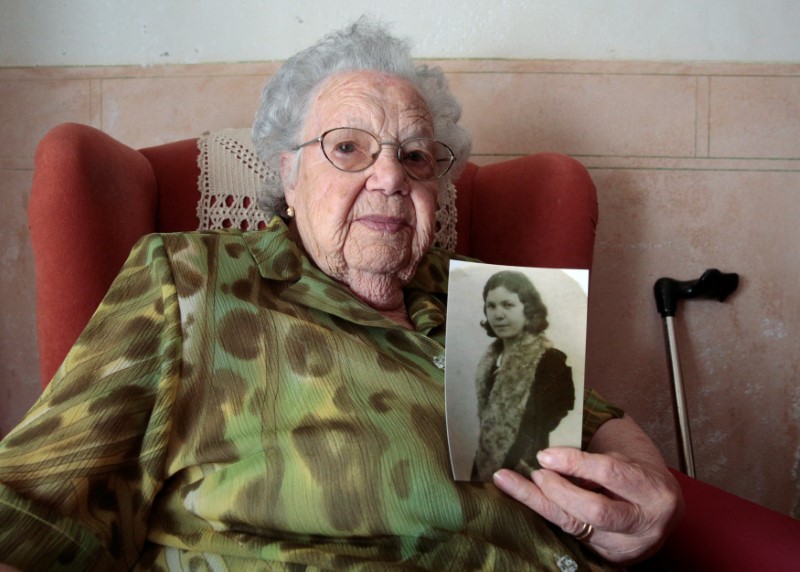 Francisco Nunez, 112, is the oldest person Comas interviewed. He lives with his octogenarian daughter in his house in Badajoz, south-western Spain. He says he doesn’t like the pensioners’ daycare center because it’s full of old people.

“He hasn’t had to leave his home. I’m single and I live here with him,” says daughter Maria Antonia Nunez, 81, as she adjusts his beret.

When questioned about their most vivid memories, many recall Spain’s 1936 to 1939 civil war which set neighbor against neighbor and resulted in hundreds of thousands of deaths followed by the 36-year dictatorship of Francisco Franco.

Pilar Fernandez, 101, suffered hunger and hardship during the war years alongside her nine brothers and sisters. To avoid history repeating itself, she limited herself to one child.

“From pure fear, I didn’t have any more,” says the sprightly woman who lives with her daughter’s family in Asturias and tends livestock and a vegetable garden.

Tips for long life ranged from a spoonful of honey a day to regular intake of gazpacho, a traditional cold Spanish soup made from tomatoes and cucumbers.

Gumersindo Cubo, 101, from Avila, puts his longevity down to a childhood spent in a house in the woods with his eight brothers and sisters, where his father was a park ranger.

“It’s from inhaling the pine resin from the woods where I lived as a child,” he says, telling of how his mother would put a jar of the resin under the bed of the sick.