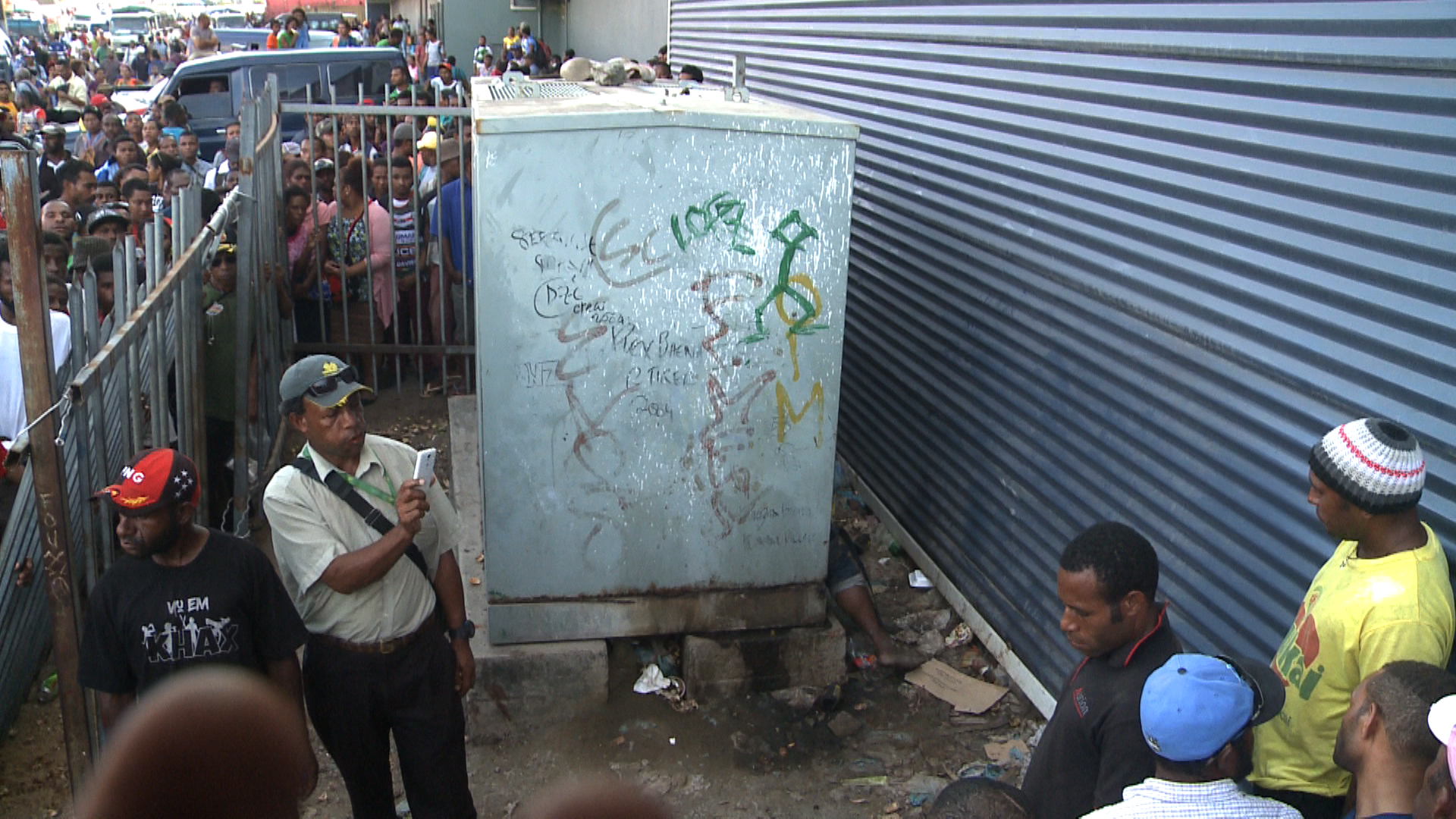 The man electrocuted in Boroko while urinating in Public has been identified as 22 year-old Yombon Herman, from Siri Village in the Enga Province.

EMTV News spoke to family members at their home this morning in Morota.

They say Yombon was killed because of neglect from authorities involved. Yombon’s  father, Herman Anton, says  the shopping centre and PNG power neglected to put danger  signs up and maintain the transformer.

The late Yombon’s brother and uncle, collectively feel that Yombon would not have died if there were signs notifying the public of the danger.

Yombon tragically died on Thursday, when he was electrocuted after urinating next to a transformer.

The late Yombon was selling Buai that afternoon to pay for food. He died near a busy public shopping centre at peak hour on Thursday.

Yesterday, there were no reports at the Police station of his death. But, the family are mourning his tragic and abrupt departure.