Newcrest Mining has posted a 2.4 per cent drop in full-year gold production driven by lower output at its Cadia mine in NSW, which was shut after an earthquake in April, the Post-Courier reports. The gold miner says gold production in the year to June 30 fell to 2.38 million ounces, with its June quarter output sinking 7.8 percent from the prior quarter, to 551,815 ounces. 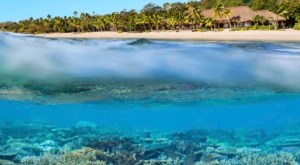 The South Pacific Tourism Organisation chief executive, Chris Cocker, has told the Aid for Trade Review in Geneva that ‘tourism can make a strong contribution to the economies of Least Developed Countries where the sector is a major exporter’. He said there is an urgent need for donors and development partners to make tourism a priority in their funding commitments to the Pacific.

The foreign exchange shortage has improved since last year but will take a longer period to normalise, says Alan McLay of the Lae Chamber of Commerce. McLay told The National that this was due to an increase in commodity prices which allowed for an easing of restriction on foreign exchange orders by business.

PNG rice producer Trukai Industries is committed to establishing a locally produced source of rice in areas adjacent to the Highlands Highway in Morobe. Trukai’s General Manager for Agriculture, Jarrod Pirie, told the Post Courier that investment in the rural sector was an effective way of promoting economic growth in these areas.

Certified Practicing Accountants Papua New Guinea (CPA PNG) has partnered with Executive Wisdom Consulting group to deliver management resources and to assist in growing small businesses in Lae, according to the Post-Courier. The global management consulting firm has provided advice to  businesses in the US, Australia, the UK, the Middle East and now, in PNG.

Horizon Oil has reportedly increased its stake in the total certified resources contained in the Western Forelands, Western, to about 28 per cent, furthering its plans for a liquefied natural gas project, according to chief executive Brent Emmett. 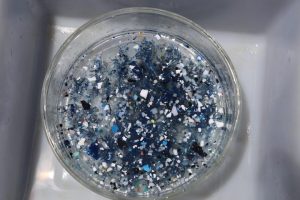 A marine conservationist who has just returned from an expedition to survey a massive ‘garbage patch’ in the South Pacific ocean says it’s completely devoid of marine life. Captain Charles Moore, who led the mission around Easter Island and Robinson Crusoe Island, told Radio New Zealand that the South Pacific gyre is at least one million square kilometres in size. He said the garbage patch, which is mostly made up of millions of tiny fragments of plastic and waste from the fishing industry, is probably the most deserted marine environment on the planet.

Oil prices recover and coffee and cocoa up: a monthly review of Papua New Guinea’s commodity and financial markets