Vote counting in the Papua New Guinea’s national elections is continuing, with the results yet to be announced. The final shape of the government may take time to emerge.

According to the PNG Electoral Commission, Papua New Guinea’s Governor General, Sir Bob Dadae, has granted a four-day extension to the return of writs, from Monday 24 July, to Friday 28 July. The four-day extension will give additional time to electorates that are slow in counting to speed up and complete their counting.

Paul Barker, Executive Director of the Institute of National Affairs, argues that polling in PNG is different to most countries, where polling typically occurs during a single day, exit polls give an almost immediate indication of the probable trends and the actual results come in that night.

The results announcement is shortly followed by the leader of the government either declaring victory or stepping down. 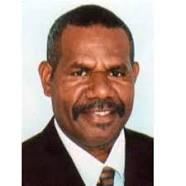 PNG’s political landscape is different. There are 44 parties and many more independents. Polling takes place over a more extended period, and the process of forming government can be drawn out.

Barker comments that the government must be formed from a wide coalition of parties and independents, ‘with little in common, except their desire to be in government and not left in opposition’.

‘To form government comprises having a lot of confidence, or at least exuding confidence that you have the assured numbers, so that members and parties flock to you, regardless of their preferences,’ writes Barker.

‘It is reported that the Highlands region is experiencing the slowest counting, with 31 seats to be declared out of the 55 remaining provinces.’

‘They don’t want to be left in the cold and potentially without the resources from the District Services Improvement Program (DSIP), or possible jobs to dish out to their supporters, which they might have if they become Ministers, but not in Opposition.’ 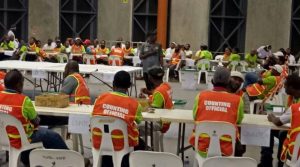 According to The National, the People’s National Congress Party is claiming it has 20 seats ‘in the bag, and remains confident of winning at least 30 by the end of the week to form the government with its coalition partners’.

The National also reports that the Highlands region is experiencing the slowest counting, with 31 seats to be declared out of the 55 remaining provinces.

‘Nothing is certain until it happens, and even then certainty of retaining government is limited.’

Barker observes that the make up of the government will inevitably be the outcome of some intense manoeuvring.

‘Government-forming is a stressful, costly and demanding process of bluff, confidence, number crunching, money and job-juggling, guessing people’s hands and their level of commitment to deals struck.

‘One thing is certain, 24 hours can be a long time in PNG politics.’

In brief: Newcrest Mining reports drop in gold production and other business stories

Powi Condemns Recent Allegations of Misappropriation Raised Against Him