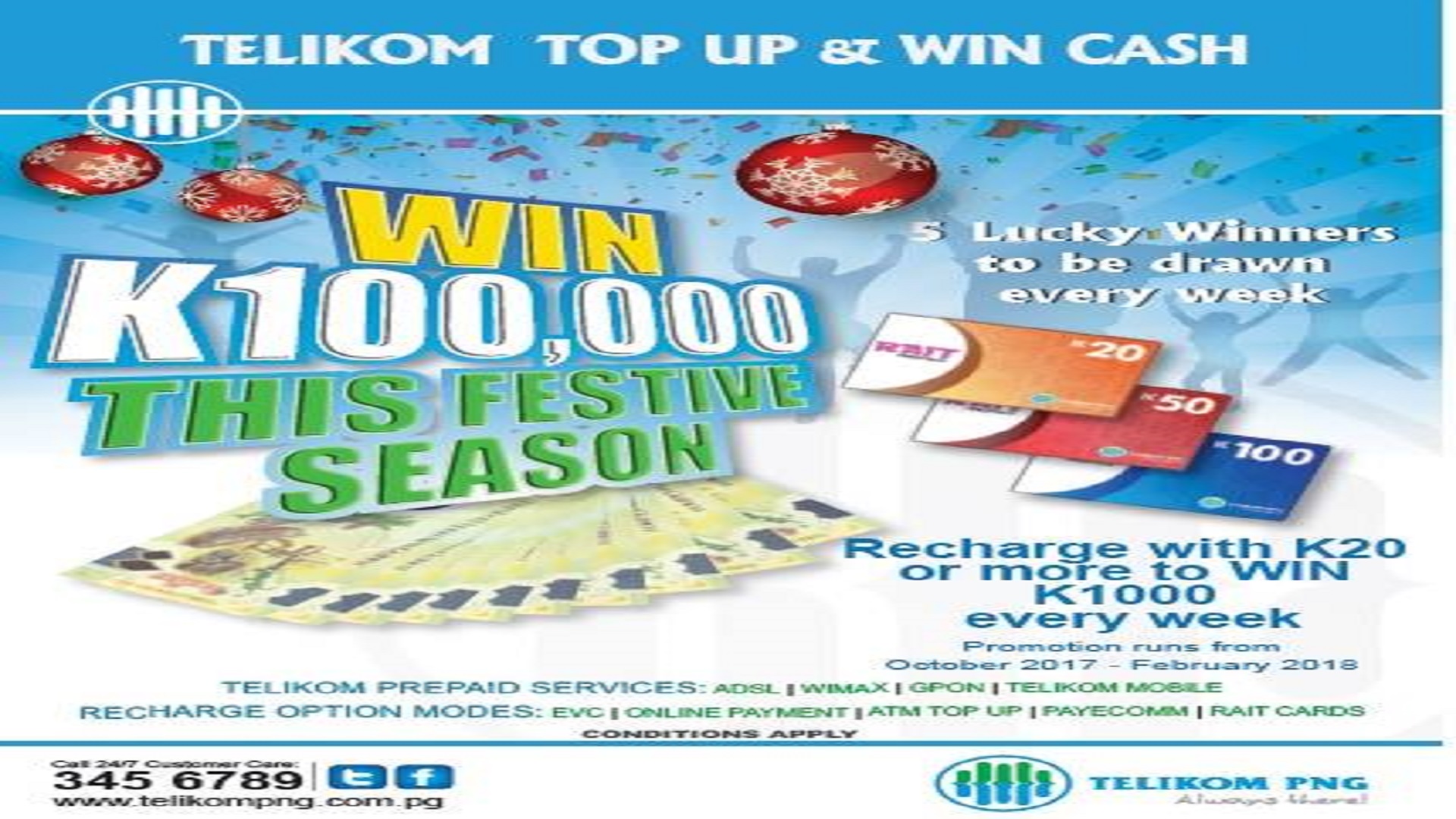 Telikom PNG is calling on winners whose numbers were drawn in the weekly cash give away promotion that have yet to collect their prize money, are to call into the nearest Telikom business office and provide valid identification to claim their prize.

Closing date for winners to claim their prizes will be 6th April, 2018.

The promotion started in October 2017, has concluded two weeks ago with ten last winners announced. A total of 100 subscriber numbers were announced winners from doing top-up of K20 or more.

West New Britain to Focus on Agriculture and Tourism