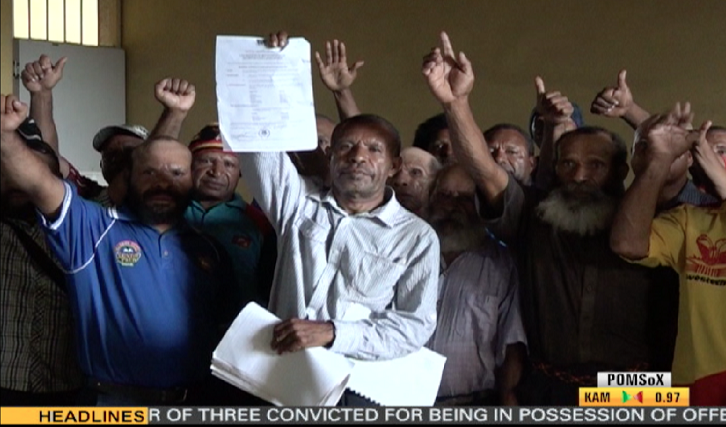 A frustrated landowner group has voiced their concerns over land rights in Western Province.

The Mohomal Kweiptan Incorporated Land Group claim they are the rightful beneficiaries of the Kutumabip Land which is currently a special mining lease to mining operations by Ok Tedi Mining Limited.

The ILG group told EMTV News they have given the government and relevant authorities 14 days to respond to their petition.

This particular group of landowners claims they are the authentic landowners of the Kutumabip Land, which is within the Special Mining Lease Land 1 and the township.

Yesterday, a petition was presented to the relevant authorities demanding for a redirect of benefits within 14 days.

The ILG consists of six sub-tribes who form the Kweiptan Tribe.

They state their claims are genuine, as they are the only landowner group that has a registered land title and an Incorporated Land Group certificate.

They are demanding that all monetary payments, including royalties, lease payments, development levies and grants to the current beneficiaries be redirected to them.

Meanwhile, there is a court proceeding before the Supreme Court on the ownership of the disputed land. While awaiting the outcome of that proceeding they are exercising their rights as an ILG.

EMTV News has contacted Ok Tedi Mining Limited, and are yet to receive a response on this matter.

Two Police Officers Yet To Be Charged