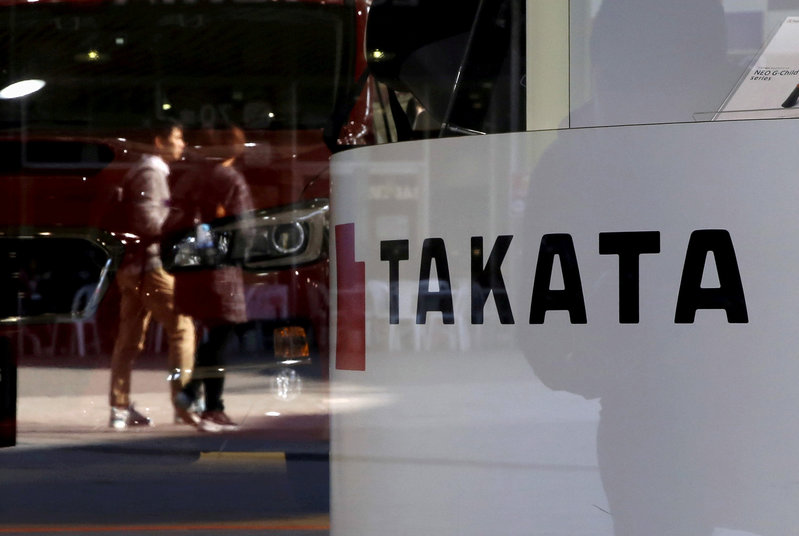 By Maki Shiraki and Paul Lienert

The steering committee leading the selection process told Takata’s automaker clients that it has tapped KSS, owned by China’s Ningbo Joyson <600699.SS>, to provide financial support for the company, the sources told Reuters on Saturday. Both Takata and KSS declined to comment.

Takata has been seeking financial backers through the selection process to help it deal with billions of dollars in costs related to the recall of millions of potentially defective airbag inflators that have been linked to at least 16 deaths globally.

Previously, Reuters and other media had reported that autoparts suppliers including Sweden’s Autoliv Inc <ALV.N> had been in the running to bid for Takata.

Takata set up a steering committee last year to lead the process of finding a backer, appointing investment bank Lazard ltd <LAZ.N> as an advisor on the search.

A successful bid could see KSS take some form of control over Takata, which continues to struggle with the financial and corporate fallout of the automotive industry’s biggest-ever product recall, which began in 2008.

Reuters had previously reported that KSS was preparing to bid for Takata with private equity firm Bain Capital.

With around 100 million of its potentially defective airbag inflators slated for recall, the company has sought help from rivals including Autoliv and Japan’s Daicel Corp <4202.T> to supply replacement parts.

Last month, the company agreed to plead guilty to criminal wrongdoing in the United States, where the majority of airbag-related deaths have occurred, which resulted in a $1 billion fine. It also faces civil lawsuits.

Other people with knowledge of the restructuring process said no decision has been made on the details of Takata’s restructuring.

Potential bidders for Takata have favored a court-led turnaround of its Japanese operations, which would cap their exposure to Takata’s existing liabilities, estimated by some analysts to be as high as $10 billion for recall costs alone.

Such an option could deal a huge blow to shareholders, including the founding Takada family, a major investor. Last week, the company in a statement said it opposed a court-led restructuring, which it says could disrupt its supply-chain and impact its ability to pay suppliers.

The company is considering a bankruptcy filing for its U.S. unit TK Holdings, sources told Reuters.

Separate sources have told Reuters that automakers, which have been footing most of the recall costs, remain divided over whether a restructuring process should be court-ordered or a privately-arranged agreement.

While a court-ordered process would ensure transparency in identifying Takata’s liabilities and offer automaker clients legal cover when convincing shareholders to approve any deal, sources say carmakers may stand to recoup more recall costs from Takata under a turnaround plan arranged out-of-court.

A senior executive at Honda Motor Co <7267.T>, Takata’s biggest customer, on Friday declined to comment on its preference for a restructuring plan, but said any agreement should make the stable supply of replacement parts a priority.

Japan may soften trade stance as U.S. keeps up pressure