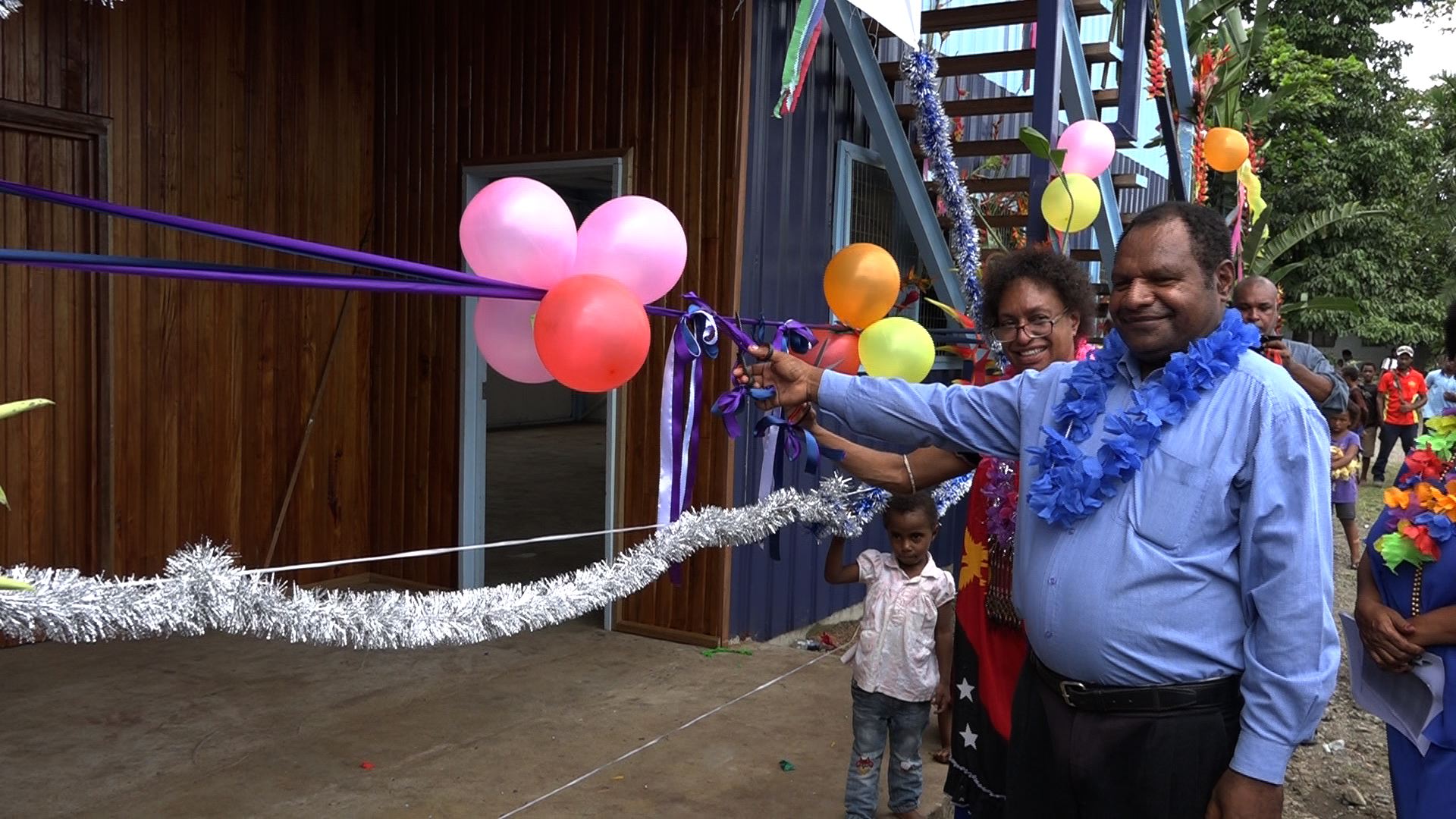 The building was awarded as a three-bedroom staff house through a program by the Lae District.

With the school’s need of Grade Six classrooms, the administration also helped with funds, by utilising the award and reconstructing the building into a double building of four classrooms

From 21 Primary Schools in Lae, Omili Primary School was awarded a three-bedroom staff house to a cost of K103,000 through Lae District’s Schools Learning Improvement Plan, or SLIP program.

The school changed the scope of the award to a 4 by 1 classroom with K258,000 collected from fees paid by parents, to accommodate the burgeoning grade six student population.

Member for Lae, Loujaya Kouza who was present during the opening of the classrooms, commended the school for the achievement.

Omili Primary School has a population of more than 2,400 students and 50 teachers.

The school has been operating not with the TFF funds, but with the support from the parents, which resulted in the construction of this new building.

The building was designed and constructed by fathers of students attending theschool.

Lae District will continue to work closely with schools by involving parents with expertise getting involved in the school’s projects.

The school’s treasurer, John Tema called on other schools to manage their funds wisely, to achieve quality education through teaching and learning.

Basketball Federation of PNG in Search of Coaches and Managers

UNICEF and Department of News Embark on Training News Workers