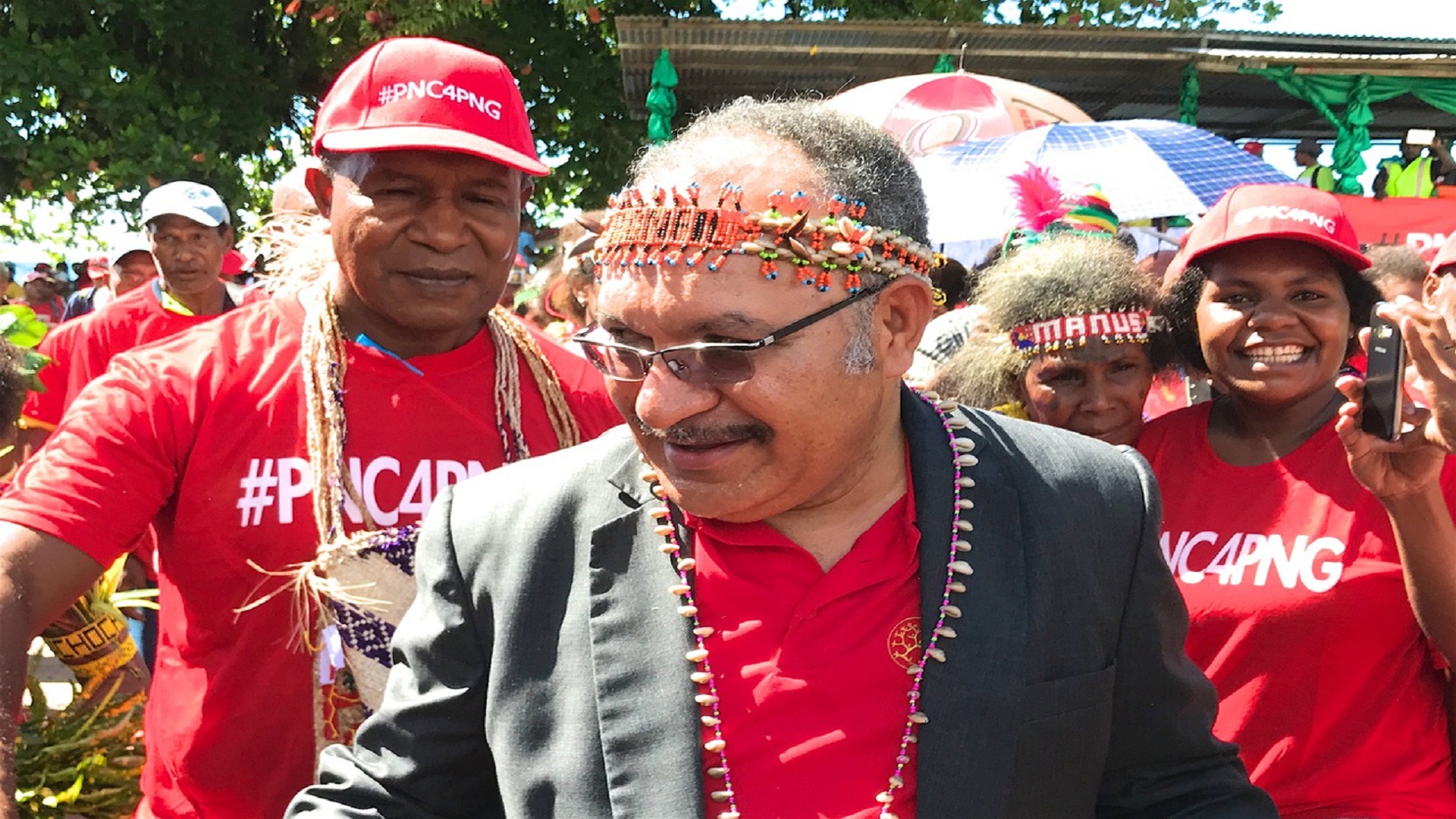 The largest crowd to attend an election campaign rally on Manus greeted the Prime Minister today as he campaigned with Manus Governor, Charlie Benjamin, and Manus Open Candidate, Job Pomat.

Leading the PNC campaign rally, Prime Minister Peter O’Neill said Manus has great potential from its marine resources, particularly in areas such as fisheries and tourism.

As the campaign draws to the end of eight weeks of campaigning, PM O’Neill said now is the time for candidates who have not demonstrated any policy platforms to reveal if they have any policies.

“Candidates need to discuss issues of national importance with a clear set of polices and vision for the nation.

“Instead many, particularly some former leaders, are dropping down to attacking personalities and spreading rumours.

“Our country deserves strong policy platforms from those aspiring to form Government, not hollow statements and foolish claims.

“The candidates who are now part of one-and-two-man parties have to start being realistic.

“You have Mekere saying he will be PM, and so is Don Polye, and Sam Basil, and all the others, but one-and-two is a long way from 56.”

The Prime Minister said he has no intention of debating any aspirant PM if they cannot demonstrate that they have the support of enough opposition members.

“I am not go to waste my time debating someone who does not have the support to potentially lead a parliamentary majority.

“If one of these opposition leaders gets the backing of their counterparts to be the opposition’s candidate for Prime Minister, they will get their debate.

“If Ben Micah, Patrick Pruaitch, and Belden Namah, and all the other leaders come out and say publicly they are supporting Don Polye or another Leader, they will get their debate.

“But while they are a loose gaggle of dividend group of rivals, this will not happen.”

The Prime Minister said the mistake some commentators make is to look at our election through western eyes.

“In Australia, historically Opposition Leaders are often just a few seats away from forming Government.

“In Papua New Guinea, the Opposition Leader is more than 50 seats away from forming Government.

“The same goes for Mekere, he is just one of the 3,000 plus candidates in this election.

“He has no party support, he is yesterday’s man who abandoned his own party that he founded. He has no principles or loyalty, so why would any of the opposition leaders want to follow him?”

The Prime Minister thanked Manus for the hospitality they extended to the PNC delegation and promised them that Charlie Benjamin and Job Pomat will work hard for Manus and further improve lives.

“Manus huge potential in tourism and fisheries, and has the potential to keep advancing.

“A lot has changed in Manus over the past five years, and communities are economically stronger than in decades past.

“We must keep changing Manus, we must keep staying strong and deliver an even stronger economy for our nation and for provinces like Manus.”