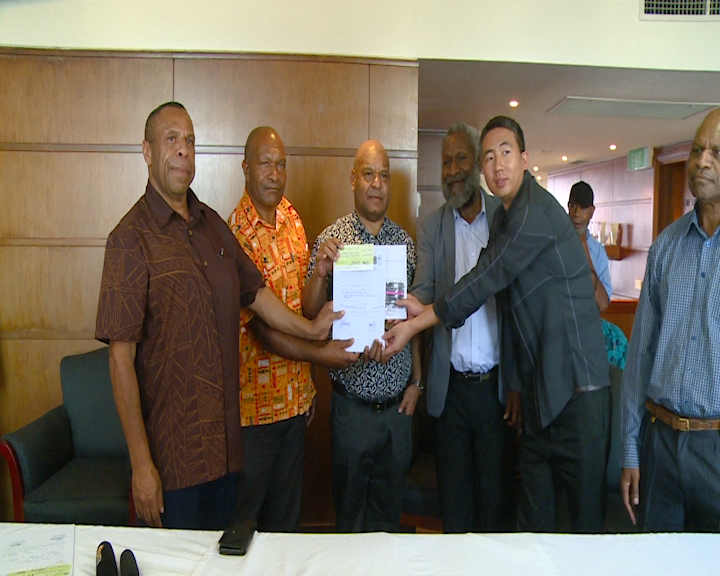 All the district board members of Dei District were present at the meeting.

Member for Dei Open in the Western Highlands Province Steven Pim highlighted what his team will be doing in the coming weeks before the year ends.

“We plan to come up with some projects before the year ends.

Our first project is the connection of roads as per my campaign policies to give road access to remote people to have access to Hagen town” Pim said.

The Deputy Chairman for the district and council president for Kotna LLG Jerry Anis thanked the open member for a good start and for transparency for the public to witness.

“We are happy that you have invited us, representing the 52 councillors and 2 presidents and other leaders, please fix our health services that are not in order” Anis said.

He also appealed to the people in the district to work together and support the member so that the district work can be carried out efficiently.

Council President for Kinijibi, Mala Rodney Rot said they are happy to deliver services to the people of Dei, in whatever way they can.

“We want to work with you as our MP to deliver services to our people,” Rot said.

To start up the infrastructural works in the district, a total of K3 million was presented to two contractors and one tailoring company for work to commence.

Three cheques of K1 million each were presented to the three groups.

The cheque presentations were made by the Dei District Administrator, Steven Korowa.