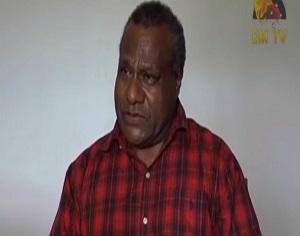 The National Agricultural Research Institute (NARI) has appealed to government agencies to pay close attention to the needs of communities going through the post-drought period.

While some areas continue to experience dry conditions, NARI says communities who are now experiencing rain will continue to require food rations for the next eight months.

For many communities the post-drought period can be the most dangerous. It is when the state of food insecurity is heightened, as pests and diseases attack food crops.

“What communities are experiencing is a rise in fungal diseases brought on by the moisture and the prior damage caused to tubers during the drought.

Prior to the 2015 drought, Dr. Bang warned that districts should be preparing for what was set to be an oncoming dry spell. But over the last eight months, despite these warnings, Papua New Guinea’s drought response was very limited in some areas and funding remained an area of major concern.

In the Morobe province alone, the Provincial Disaster Centre has not been able to respond adequately to many of the drought stricken areas classified as “Category 4 & 5” where the state of food supply is critical.

So far, the province has received only K1 million in relief funding.

NARI points out that replanting the seedlings in areas already affected by insect infestation won’t help, unless disease free crops are supplied. To do that, NARI needs at least K10 million.

It already has a submission sent to the national government, but funding has not yet come.