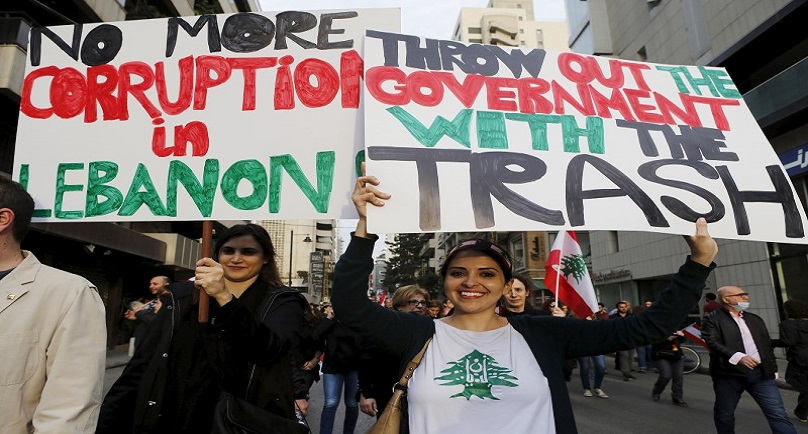 Image: Protesters carry signs as they take part in a protest against what they say is the government’s failure to resolve a crisis over rubbish disposal in Beirut, Lebanon March 12, 2016. REUTERS/Mohamed Azakir

BEIRUT (Reuters) – The Lebanese government on Saturday approved a plan to solve a seven-month garbage crisis that has fueled protests against the dysfunctional state and raised concerns for public health.

Two landfills will be established near Beirut, and a third one south of the city will be reopened for two months to receive trash that has piled up since July, Information Minister Ramzi Jreij said after the cabinet meeting.

The Lebanese trash crisis began when the landfill south of Beirut was closed with no plan in place for an alternative.

The government had been working on a plan to export the garbage. But this was scrapped last month because the firm chosen failed to obtain documents showing that Russia, the intended destination, had agreed to accept it.

The crisis touched off an unprecedented wave of protests last year by Lebanese organizing independently of the main political parties.

Hundreds of protesters marched through Beirut to the government’s headquarters on Saturday. Wasef Haraka, one of them, said the government plan was unsustainable.

“We will continue to confront this matter in the street to find a sustainable, real, hygienic solution,” he said.

The Lebanese government has struggled to take even basic decisions due to political conflict among the rival parties represented in it.

Cheap food imports causing diabetes and obesity in the Pacific