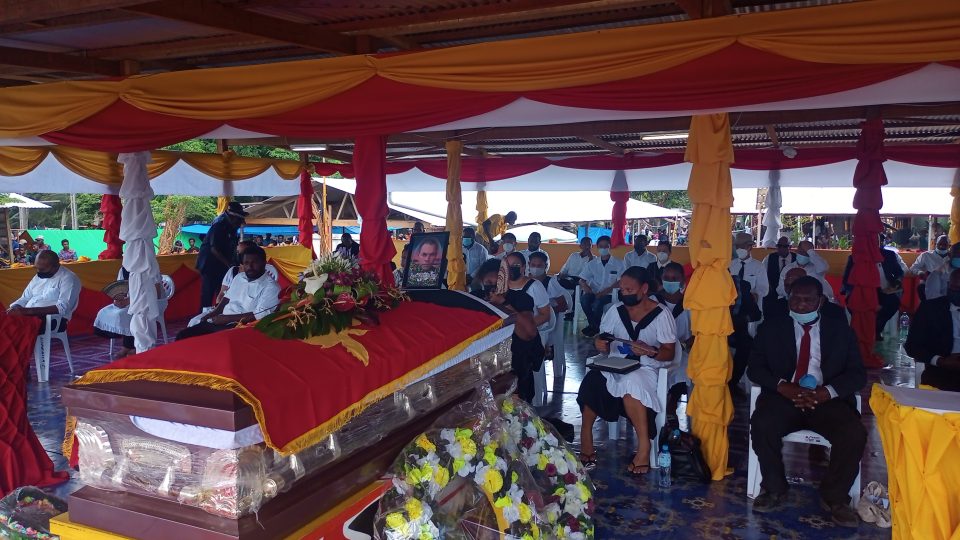 Member for Middle Fly, Late Roy Biyama, was finally laid to rest in his home village of Balimo on Tuesday, witnessed by his immediate family members, all five LLG Presidents, public servants, stakeholders and the people of Middle Fly District.

It was an emotional occasion as thousands of grievers braved the hot sun with guard of honour, choir groups with beautiful tributary songs delegated to Late Roy and a gun salute.

Presentation and gifts were presented to the Funeral Organising Committee by all LLGs, communities, Chinese Community, District and Provincial Administrations to show respect and pay homage to their great leader.

Most people described him as a humble, honest, humility and visionary leader leaving behind good fond memories to cherish.

There are benchmark of Late Roy’s projects like classrooms, teachers house, health facilitates including housing scheme project which he introduced for the people to have decent semi-permanent houses everywhere in all those five LLGs of Middle Fly.

The late member had a great enthusiasm, pride in him and was someone who was admired by many people, because of his humbleness to serve his people.

Under the leadership his leadership, the Middle-Fly District was able to bring in Sustainable Development Program to live and operate out of Balimo town with support from the Western Governor and Provincial Administrator, as there are a lot of unprecedented development taking place within the precinct of New Town area.

The late member will remembered for his tireless efforts in serving his people.

Basil Refutes Claims Made By PM