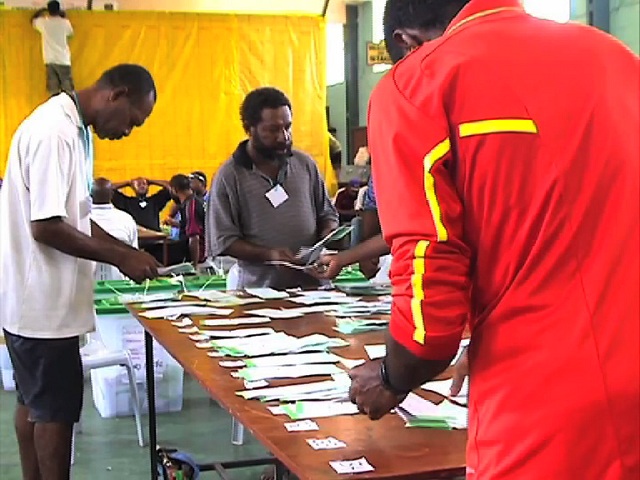 While, he maintains a relatively comfortable margin, he has called onthe electoral commission to look into allegations of ballot box tampering in at least two locations.

Apart from a few minor interruptions by scrutinizers counting for the Local Level Government elections in Lae has been calm and orderly. Police have maintained a strong presence preventing any hint of trouble.

As of mid-daythere were a few boxes short ofthe half way mark. Betthe Lae City Lord Mayor was leading by a comfortable margin of close to a thousand.

The elections have not been without trouble; at least two people were reportedly injured in clashes in various parts ofthe city. Police mediation teams have been on-hand to defuse tensions.

Although leading by a comfortable margin James Khay has raised concerns of ballot box hijacking and intimidation of voters.

James Khay’s policies have centered around changes that some view as unfriendy, risky but popular – No evictions of settlers, pay rises and a city commission that has financial autonomy.

Khay says he is confident of winning but it’s still early days.

Walk For Life Program Attracts Many