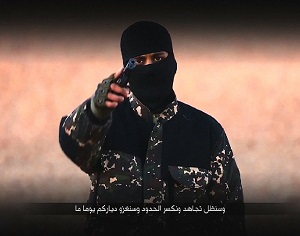 Britain’s Prime Minister, David Cameron, has been challenged in an Islamic State video. The masked militant featured in the propaganda video threatened Prime Minister Cameron; vowing that the Islamic State will eventually conquer Britain, before shooting one of the alleged spies in the head.

The video, which could not be independently verified, also contains footage showing the killing of five men accused of spying for the West.

The masked militant shown in the video spoke in a clear British accent, waving a gun at the camera while criticising Cameron. He spoke of Cameron, regarding him as an “imbecile” and “insignificant leader”, also mentioning previous Prime Ministers, Tony Blair and Gordon Brown, as no different.

The young boy, who looked about 5 years of age, also spoke in a British accent, saying “So go kill the kuffar [unbelievers] right over there.”

Britain’s Foreign Office is aware of the video and is studying its contents.

Barack Obama re-elected as US President