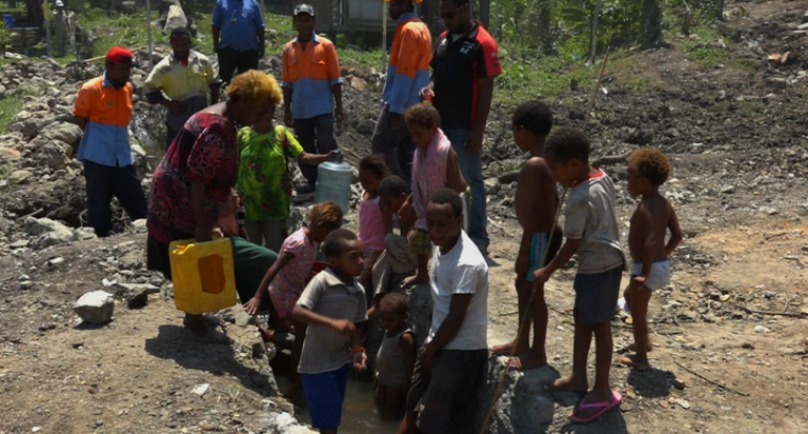 Settlers living along the Idubada area near Port Moresby Technical College have been without water and electricity for two weeks now.

The company contracted to do the roadwork damaged the main water supply pipe and also removed the power poles. Settlers’ houses have also been removed.

The National Capital District Commission is clearing the land along Idubada area to construct a four lane road. As a result, settlers living nearby were evicted two weeks ago.

However, not all houses were removed, only 13 houses and 4 trade stores along the road side were removed.

Due to the damaged water pipe, the remaining settlers are getting their water from a nearby drain, and claimed the water has brought sickness to their children.

Like many other settlers, these people migrated to Port Moresby in the 1970’s, and settled on Motu-Koitabu land.

These people are the third and fourth generations. Their current population is more than 700, and growing.

Their community leaders claim that their fore fathers made an agreement upon arrival, with a local landowner to settle in and be part of the Motu-Koitabuans.

Their water supply bills are also paid by the Motu-Koitabu Assembly.

Meanwhile, they are requesting their local MP, Michael Malabag, and NCD Governor, Powes Parkop, to look seriously into the matter and address it quickly.