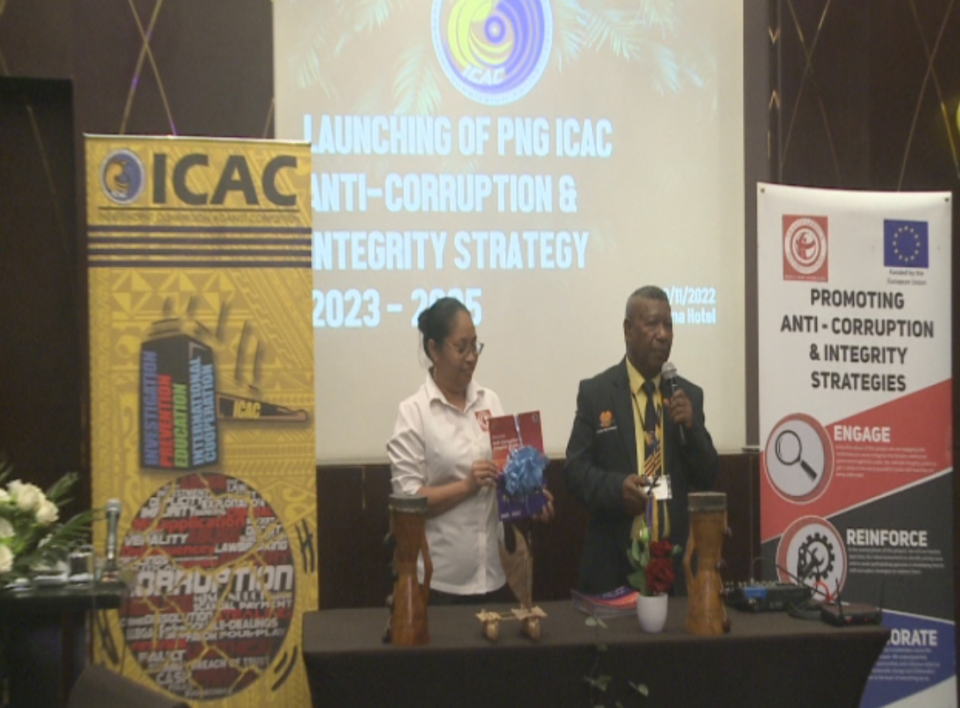 Papua New Guinea is ranked 124 out of 180 as the most corrupt country in the world.

Independent Commission Against Corruption (ICAC) launched the PNG Anti-Corruption and Integrity strategy 2023 to 2025 yesterday at the Lamana Hotel in Port Moresby.

“Papua New Guinea stands at around 124 out of 180 as the most corrupt country in the world. That’s the tag we carry around as a Papua New Guinean” Eluh said.

Mr Eluh said this country is falling apart because of weak leadership so we must work together to fight corruption that is deeply rooted in the system.

“Corruption has somewhat trickled into all systems and processes of  government right from the top and down, not only in government but in the private sectors and civil societies as well, in the province, district and villages, corruption entrance on the way we do things” Chairman Eluh said.

The anti-corruption strategy plan is a road map to guide the organization towards addressing corruption in the country.

“On this occasion we celebrate the dedication and the effort of the office in developing your first agency level Anti-corruption strategy. This commitment speaks of the importance, the interim ICAC office plays on ensuring that it is fully equipped to fulfill its mandated function. We at TIPNG fully support this vision” Kassman said.

ICAC Interim Chairman Thomas Eluh stated that corruption is here to stay and it’s the major hindrance to development.

Mr Eluh further stated that it’s not only ICAC responsibility but everyone’s business to fight corruption in the country for the betterment of our children in the future.

ICAC Interim Chairman thanked the partners, TIPNG and Square Circle for their support towards launching of the Anti-Corruption and Integrity strategy 2023 to 2025.

UPNG Clarify Use of School Facilities