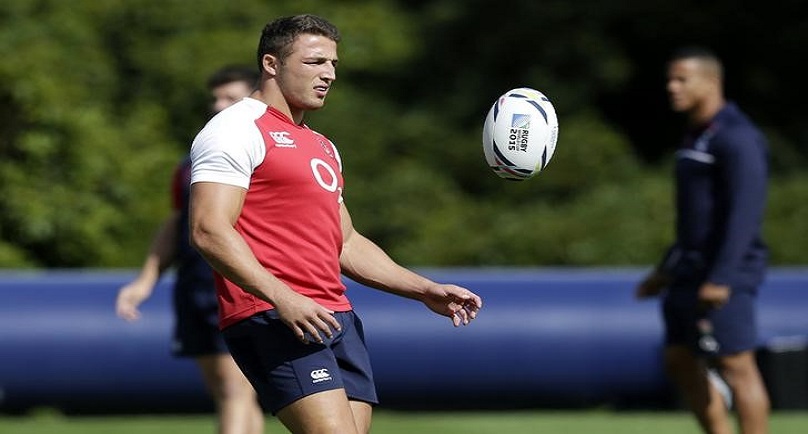 (Reuters) – Experienced Australia back Matt Giteau hopes Sam Burgess is unable to show his X-factor qualities against the Wallabies after the code-switching centre was named in England’s rugby World Cup squad on Thursday.

Former rugby league standout Burgess helped lead the South Sydney Rabbitohs to the NRL title last year before joining English rugby union club Bath with a view to trying to play for the hosts at the 2015 World Cup.

He spent time in both the back row and centres but has been selected by England coach Stuart Lancaster to fill either the number 12 or 13 jersey, setting up a possible showdown against Giteau in World Cup pool play at Twickenham on Oct. 3.

“I think he adds a point of difference for them,” Giteau told Australian media on Saturday.
“Hopefully that X-factor won’t be shown against us.”

Having spent several years at Toulon in France, Giteau is well aware of the danger posed by northern hemisphere heavyweights England and Wales, who are both in Australia’s tough pool.
“They have got strong squads, you’ve only got to look at the players that have been excluded from their groups to know they are going to be more than competitive,” Giteau said.

“They are going to be extremely tough. And to play at home, that’s a huge advantage for them, England in particular.”

Australia left for the United States on Saturday where they will play a final warm-up game before moving on to Britain and coach Michael Cheika departed from Sydney sounding confident and well-prepared.

“I’ve been given excellent advice from many of the players and coaches who have been involved in successful World Cups and did successful coaching around tournaments,” Cheika said at Sydney Airport.
“I think there’s a lot of people who are genuinely hoping we do well,” he added. “Our objective is to turn a lot of the hopers into believers.”

Fiji and Uruguay are the other two teams in Pool A at the Sept. 18-Oct. 31 tournament with only the top two sides advancing to the quarter-finals.

(Writing by John O’Brien in Singapore; Editing by Sudipto Ganguly)

The Presidential Prep: Fun Facts of India and Its First Citizen