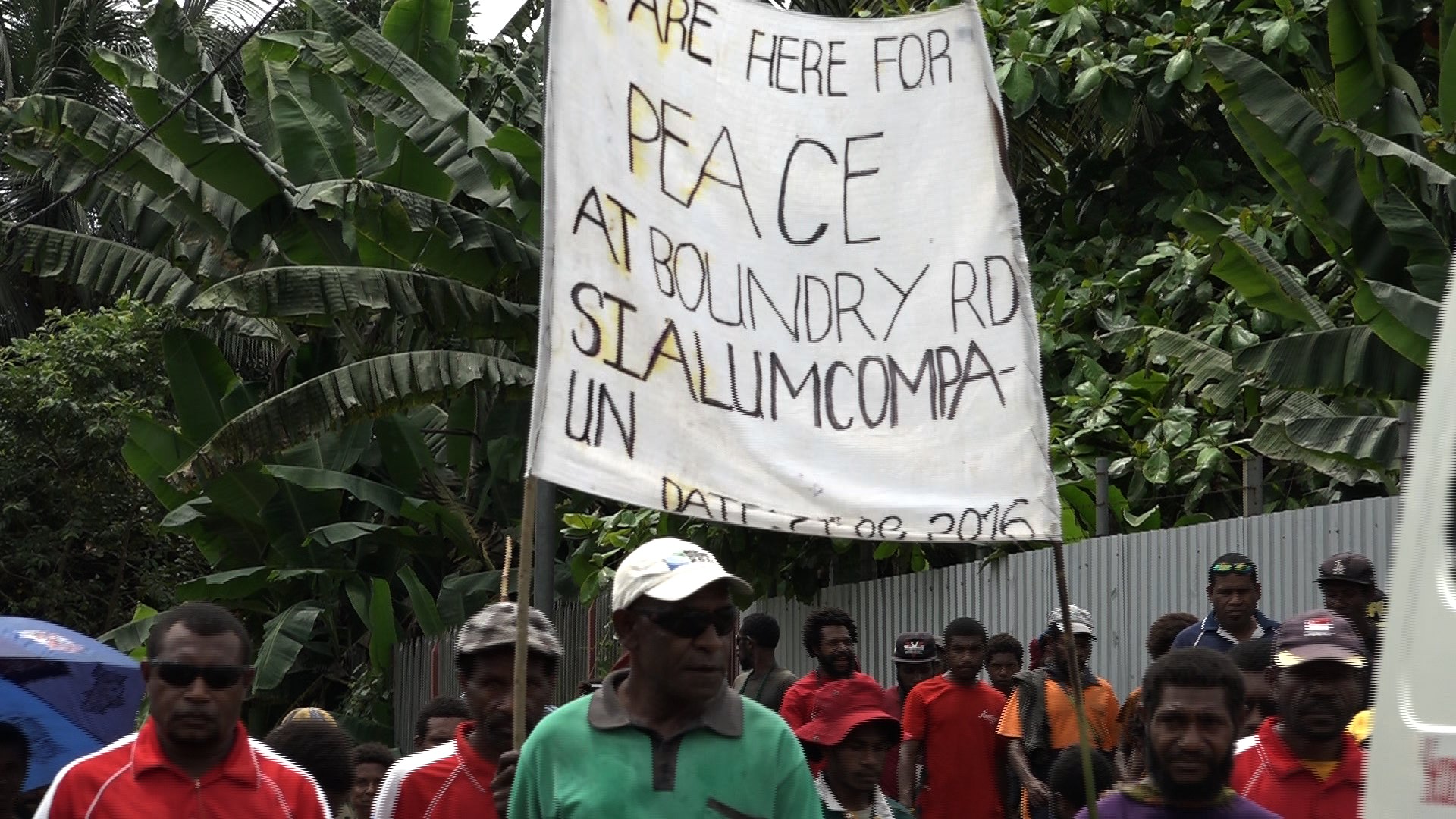 At around noon today, a section of Independence Drive in Lae was completely blocked off by a group from Sialum, heading to Boundary Road for a peaceful reconciliation ceremony.

Last year, three men were killed and many injured as homes were burnt down during clashes between different ethnic groups.

Vehicles on Independence Drive momentarily came to a halt today, because of four cows and youth from Sialum making their way down the road.

It’s an important event that marks the end of fighting between three ethnic groups that claimed the lives of three men.

“They brought the cows all the way from Sialum, it took them nearly two weeks of walking, it’s for the Sunday peace reconciliation,” say Oyaya.

Last year, several houses were burnt, three men were killed and others seriously injured. One of the main reasons for the fighting was alcohol consumption.

The Lae District Law and Order Committee, in partnership with the Lae Community Policing Unit, have restored normalcy in the community. The cows will be handed over to two other groups involved in the clash.