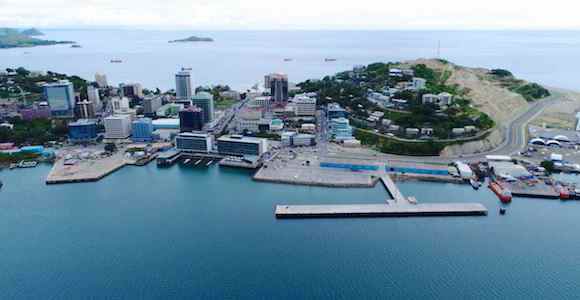 The fall in global commodity prices has had a negative impact on Papua New Guinea’s economy. However, as Andrew Wilkins discovers in his annual economic update on PNG, adjustments have been made and 2017 looks likely to be a year of preparation for better times.

After a decade of impressive growth, during which the PNG economy was one of Asia-Pacific’s fastest-growing, the nation is now experiencing a prolonged period of more modest expansion.

The 3 per cent GDP growth forecast for PNG by the Asian Development Bank for 2017, while still in positive territory, is marginally behind the International Monetary Fund’s global growth forecast of 3.4 per cent for this year.

Although the consensus among experts is that it will be another 12-to-18 months before the economy picks up substantially, companies are already preparing themselves for the next upturn. 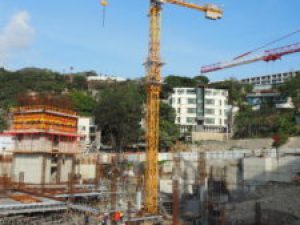 The slowdown in the economy, which commenced in 2015, is attributable mainly to external factors. Lower prices for many of the mineral and agricultural commodities that PNG exports to the world—in particular liquefied natural gas (exports of which only commenced in 2014), gold, copper, palm oil and coffee—were key, as was the resultant depression in the global resources sector, which slowed investment in PNG’s mining and petroleum industry.

Lower prices means less income. Bank of Papua New Guinea Governor Loi M Bakani says the lack of foreign exchange coming in is attributable to low commodity prices, low investment and a lack of increase in exports that would bring in international currency.

In practical terms, this has led to a consistent backlog of foreign currency orders in PNG over 2016 and into 2017.

Businesses have had to wait longer to settle their overseas debts and repatriate profits offshore.

Meanwhile, a combination of lower income and lower investment has hit the domestic economy. The 2016 financial year was a tough one for many businesses, with sales down across the board, often by as much as 15 to 20 per cent.

Inevitably, there has been a reduction in the nation’s workforce, as companies respond to new circumstances. One indicator of this is the fact that superannuation funds reported an increase in requests from their members to draw down on their savings during 2016.

The downturn has meant less taxation and resources revenue for the national government, which has been forced to tighten its belt to keep within mandatory debt-to-GDP ratios. 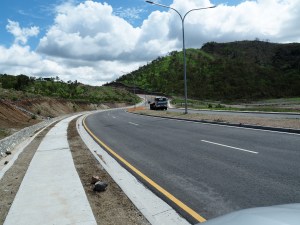 As a consequence, PNG’s Treasurer Patrick Pruaitch has flagged that the national budget for 2017 of just over K11 billion will be a reduction on the previous year.

Consultancy firm KPMG estimates that capital expenditure on infrastructure is projected at K836 million, down from the K1.4 billion committed in 2016.

KPMG believes that there will be a dramatic 20 per cent cut in health expenditure, and a decrease of 14 per cent in education spending.

While drastic, most experts agree it is the reasonable response in the circumstances.

Some expenditure programs have been cut back and some key government programs have been preserved—notably signature infrastructure projects tied in some way to the country’s hosting of the APEC Economic Leaders’ Meeting in November 2018. It will be the first time PNG will host this major regional gathering.

‘There is evidence that the worst may be behind PNG.’

Key among these are the relocation of Port Moresby’s port, the upgrade of the capital city’s international airport and several road construction projects.

Meanwhile, legislative progress on key areas such as a new Mining Act, small business development and land reform  is likely to have to wait until after the July 2017 national elections, which will usher in a new five-year term of government.

While the downturn is by no means over, there is evidence that the worst may be behind PNG. Global commodity prices rallied significantly over 2016/17, and the national currency, the kina—which dropped in value by over 30 per cent between July 2014 and May 2016—has since stabilised around the US$0.31 mark.

Meanwhile, the drought of 2015/16, which reduced rural productivity and temporarily closed the Ok Tedi copper mine (one of PNG’s major earners of foreign exchange) has ended.

‘It is generally agreed that one of the best projects is the Papua LNG project.’

The Bank of PNG’s September 2016 employment figures were up marginally, too, suggesting confidence may be returning to the private sector.

The foreign exchange shortage has also had a positive impact on some local manufacturers, encouraging companies to buy locally.

Given the sometimes dire depictions of the PNG economy from (mainly) external commentators, one might reasonably ask: ‘Why is there still so much longer-term optimism in business circles about the economy?’

The presence of substantial mineral reserves, recoverable at globally competitive costs, is undoubtedly a major reason. It is generally agreed that one of the best projects is the Papua LNG project, based around the Elk–Antelope gas fields in Gulf Province.

‘New mining projects are also in the offing.’

The project will see French super-major Total partner with Oil Search and, since its acquisition of InterOil in March 2017, the US super-major ExxonMobil. Front-end engineering and design for Papua LNG is expected to start later this year.

New mining projects are also in the offing. Of these, Harmony Gold/Newcrest Mining’s Wafi-Golpu and PanAust’s Frieda River are the most advanced. Both projects lodged applications for mining licences last year. An extension of the life of PNG’s largest producing mine, Ok Tedi, is also a possibility.

Another source of optimism is the progress being made  on energy supply. Long considered a brake on economic activity, there are signs that PNG’s lack of reliable electricity supply is being seriously addressed.

One dividend of  the existing ExxonMobil-led PNG LNG project is the agreement to release gas for local power generation. ExxonMobil is starting construction of a new 50 MW power plant outside Port Moresby in early 2017—a move that should ensure a much more reliable power supply to the capital in future.

Progress is also being made in PNG’s manufacturing hub, Lae, with Daewoo and Oil Search building power plants. More work is being done to improve transmission in the Ramu Grid that services Lae and the Markham Valley, a major agricultural centre.

Business will be hoping the recently announced reorganisation of state-owned telecommunications companies will continue the long-term trend towards cheaper and more reliable phone and internet. 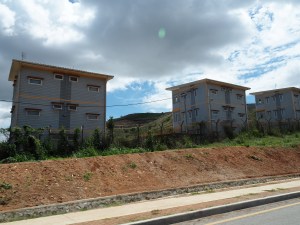 Certainly, the country’s banks have no shortage of funds to lend, for housing or business. The Asian Development Bank (ADB) has called for broadening the drivers for growth.

The bank recently announced the Sustainable Highlands Highway Investment Program to restore, maintain and upgrade a 450 km stretch of this major supply route for PNG’s farmers.

Things are looking up for coffee producers. Last year was the strongest coffee crop since 2011, according to provisional Bank of PNG export figures. Prices have also generally improved over the past year.

Meanwhile, palm oil prices have been strong and production has been maintained. Pioneer investors, such as New Britain Palm Oil (owned by Malaysia’s Sime Darby) and Israel’s Innovative Agro, have shown that larger scale agribusiness can flourish in PNG.

Enormous untapped potential remains. Although PNG is still in the downward phase of the economic cycle, business leaders remain positive about the longer term prospects for the economy.

This is an edited extract from the Business Advantage Papua New Guinea 2017 annual business and investment guide, published this week. For the full article, read the full edition online here.