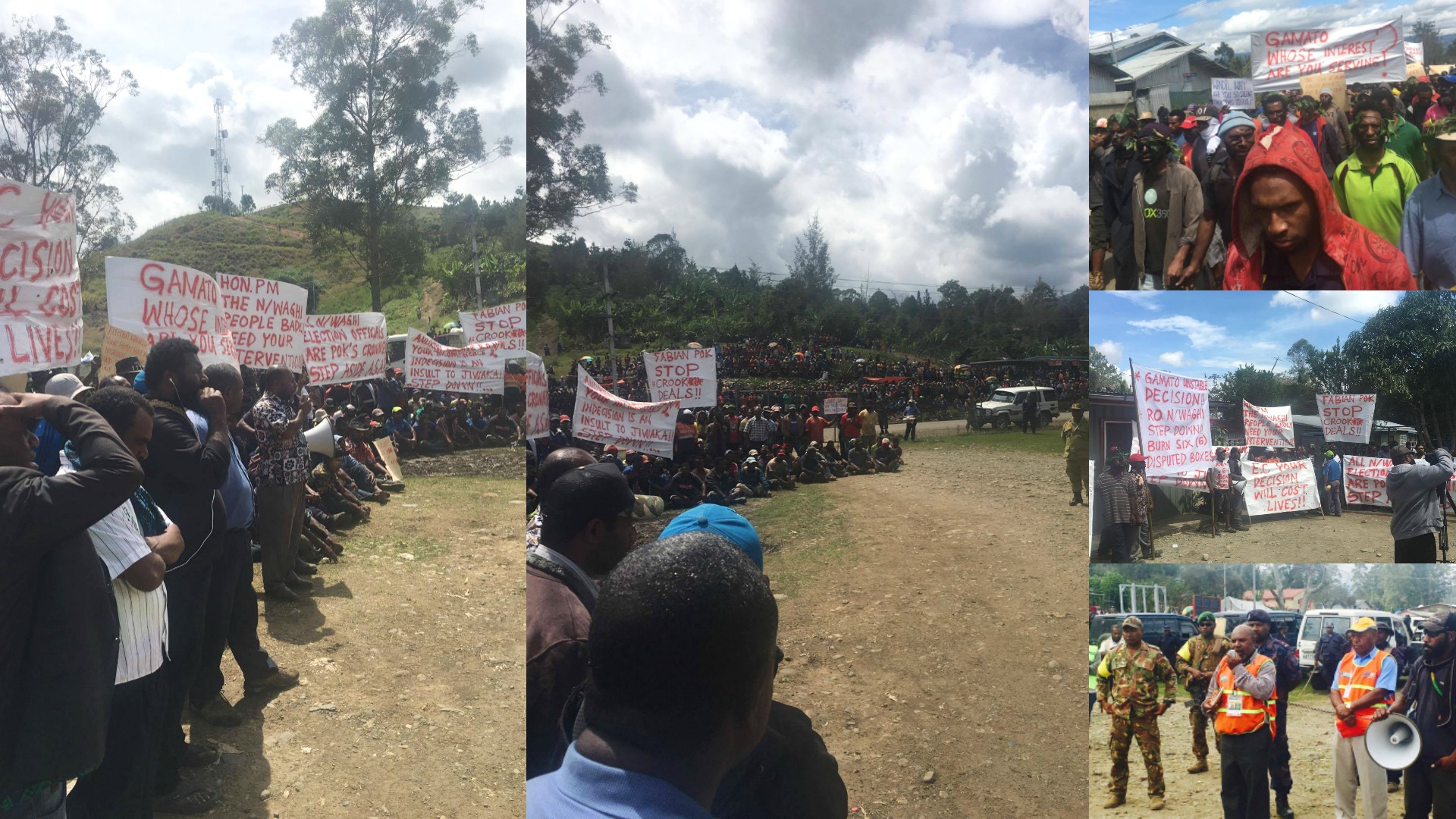 A peaceful protest march has been organised today (July 18, 2017) in Banz by all the candidates and the supporters against the decision of the Electoral Commissioner to allow 5 disputed boxes to be counted and leave out the Kendu 1 ballot box.

A female candidate, Mrs Veronica Weiang, spoke with EMTV Online said the counting for North Waghi has been suspended today (18/07 /19) because all scrutineers withdrew from the counting in protest of the Electoral Commissioner Patalias Gamato’s decision.

Weiang said the petition will be handed over to the Electoral Commission officials in Banz.

The placards carried by protesters showed writings like “Gamato, Whose Interest are You Serving?; Burn the Six Boxes Now!; Andrew Kulangie, RO/NW, your incompetency and Indecision Is An Insult to Jiwaka!! Step Down!!; which indicates that the Electoral Commissioner’s decision over the six disputed ballot boxes did not go down well with the supporters, scrutineers and candidates disagree.

The North Waghi candidates have demanded the following:

The Petition has been handed over to Mr Pindipia, Highlands Eastern Regional Manager who is in charge of EHP, Simbu and Jiwaka Elections.

Whilst accepting the petition, Mr Pindipia acknowledged the petition and the candidates’ demands and promise to inform the Electoral Commissioner, Mr Patalius Gamato. He commended the candidates and the people for a peaceful protest.

Mr Pindipia will revert to the candidates with Electoral Commissioner’s response tomorrow.

No violence has been reported during the protests.

NCD Candidates to Go Before Courts