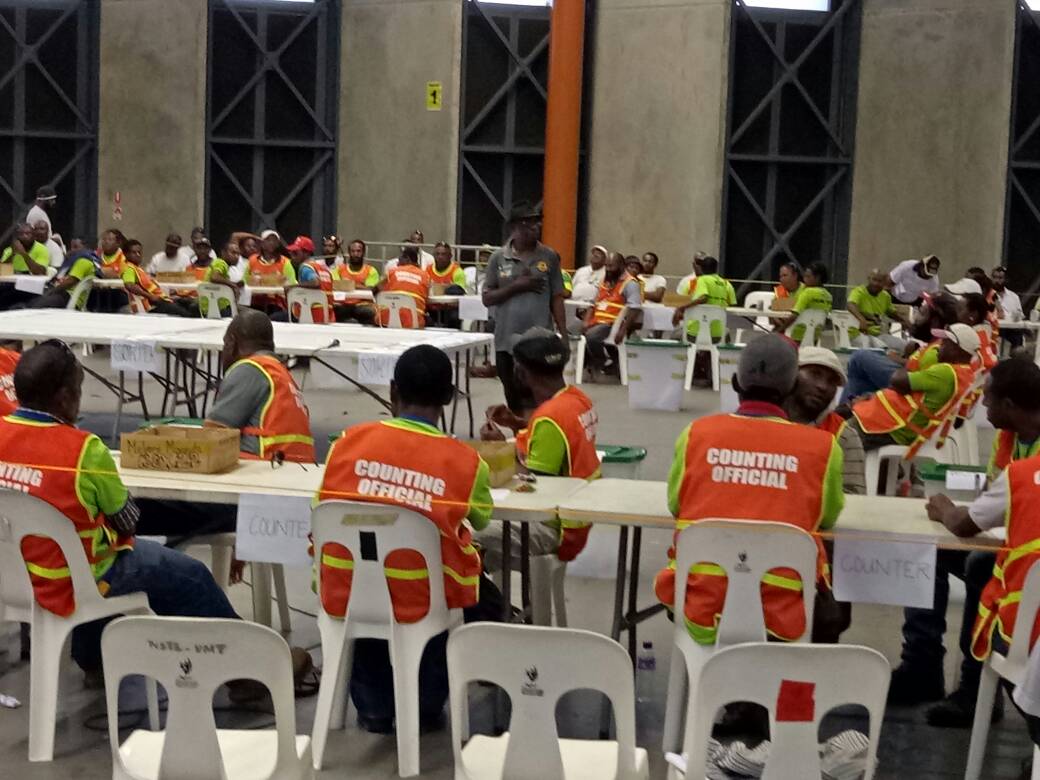 Candidates contesting the NCD Regional Seat will be taking their grievances before the courts tomorrow.

They have evidence and are concerned that the integrity of the whole election and counting process through scrutiny has been compromised.

They are also calling for the removal of the NCD Election Manager, Alwyn Jimmy, following his arrest yesterday after criminally assaulting a candidate’s scrutineer.

11 of the 37 candidates for the NCD Regional seat gathered this afternoon to announce they are going to the courts with their discrepancies. Among them; Jamie Maxton-Graham, Paul Paraka, Michael Kandiu, Margaret Loko and Ps Tom Watinga.

The candidates also claim that their scrutineers have been harassed and the scrutiny process, which is an important part of the election process, has not been followed.

Candidate, Robert Agen, has also called for the removal of the NCD Election Manager, Alwin Jimmy.

The candidates say that all their documentation, video and photographic pieces of evidence, including affidavits from scrutineers, will be gathered and used in the courts.