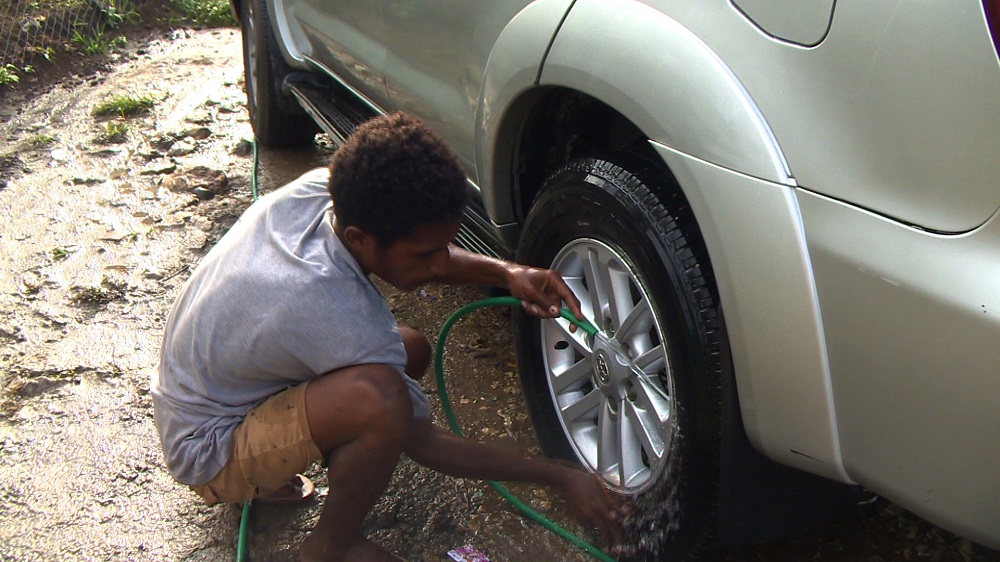 Car washing is fast becoming a source of income for many unemployed youths in the nation’s capital.

Both men are in their early twenties and have been washing cars to earn a living.

Joshua Pukari and Joshua Remi are both from Central Province and have spent most of their lives in the Moresby South Electorate.

Growing up, both aspired to be independent individuals who would support their families, in bringing food to the table. But due to limited spaces in the education system, the two men have resorted to washing cars for a living.

Similar to a working class person, the duo starts washing cars at 8 o’clock every morning and finish off at 5 o’clock in the afternoon. They have been doing this for six years now.

The idea of washing vehicles for an income was at one point, a fundraising activity, which students from the University of Papua New Guinea, got into to raise money for their provincial groups.

However, starting in 2010, a number of residents in Port Moresby started washing cars for an income.

For the Joshua’s, they make up to K150 per day depending on the number of vehicles they wash.

But they are not the only ones who provide car wash services. There are a number of car wash stations at Badili, and the two always compete with others to wash vehicles for an income.