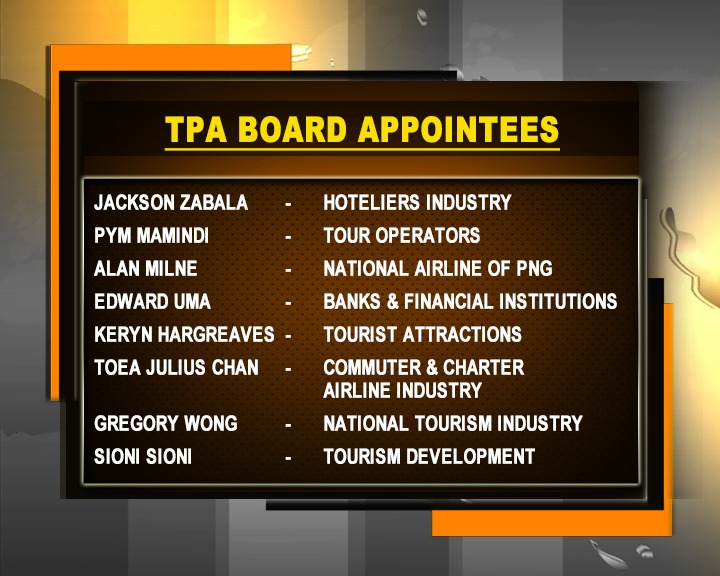 The appointment of the Board for the Tourism Promotion Authority has been welcomed by Minister for Tourism, Arts & Culture.

In a statement, Minister Emil Tammur expressed confidence in the Board, as it represents a cross section of the tourism sector.

All members have significant experience in the tourism industry.

Ex-officio members to the board include Finance Department’s Secretary and TPA Chief Executive Officer, Jerry Agus.

Member for Nawae, Kennedy Wenge, will chair the board, which will hold its first meeting at the end of this month to formally endorse the TPA 2019 budget.

Teachers refusing to resume duties due to outstanding leave entitlements