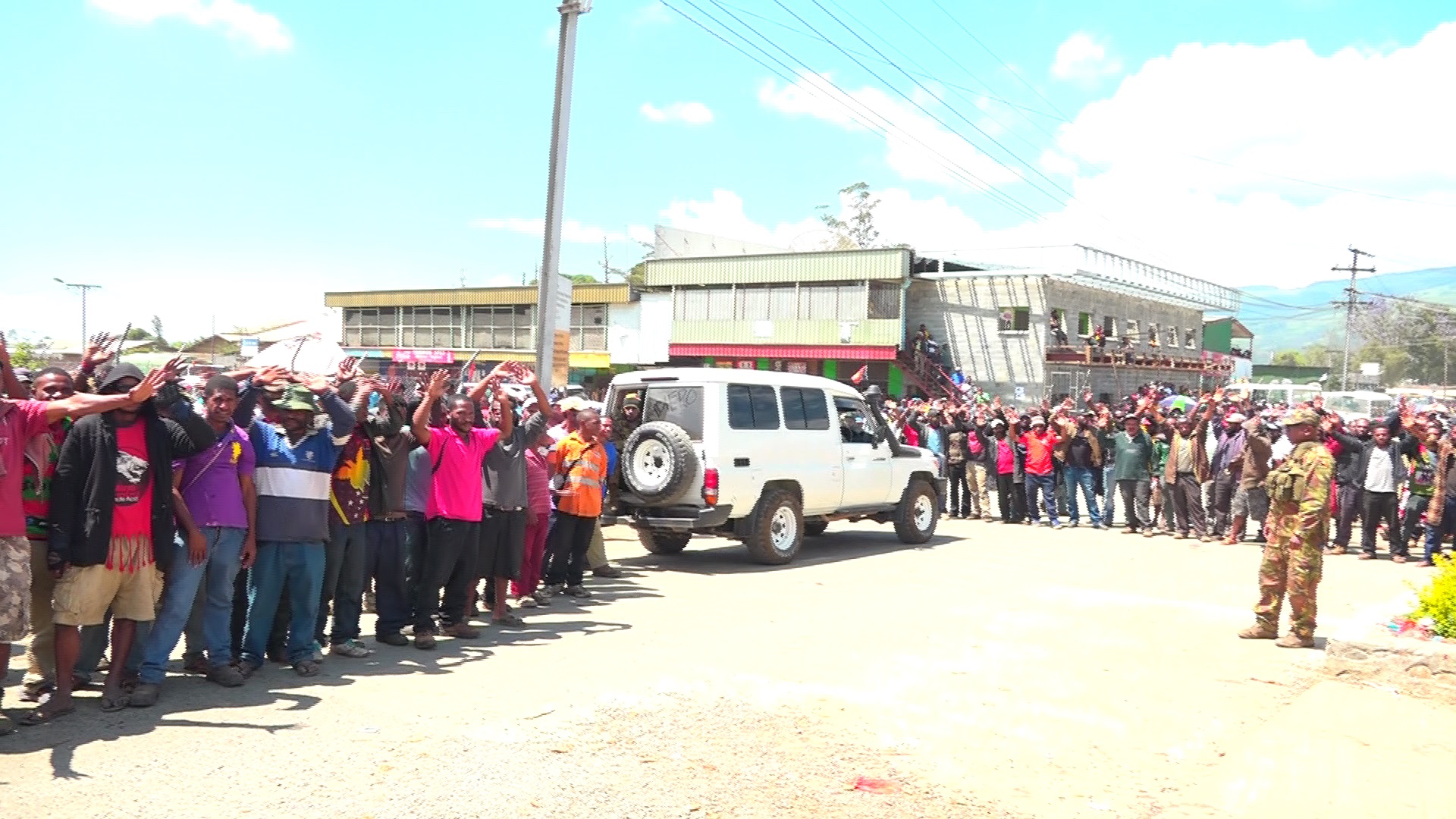 Southern Highlands Regional candidates and their supporters staged a peaceful protest yesterday in Mt Hagen City, preventing the transferring of their ballot boxes to another province.

Western Highlands Election Steering Committee Chairman, Stanley Maip refused to accept the counting in Mt Hagen due to no prior arrangements with the Electoral Commission’ office.

The Southern Highlands Regional candidates and their supporters do not want their ballot boxes to be transferred out of Mt Hagen City.

The security forces and the Southern Highlands Election Steering Committee were going to move the boxes out to Goroka yesterday, but the supporters took to the streets of Mt Hagen and formed a human shield, blocking the road.

They felt that Mt Hagen is their second home, and is a neutral place to count their boxes after election-related deaths in Mendi.

The Southern Highlands Election Steering Committee members were advised to move the boxes out of Mendi town after a fight broke out between supporters of the Regional candidates, resulting in deaths of at least three people.

The boxes were moved to Mt Hagen Police station on Sunday afternoon for counting.

However, the Western Highlands Election Steering Committee Chairman, Stanley Maip, disagreed, stating that there were no proper arrangements made prior to the transporting of the ballot boxes. Mr. Maip said Mt Hagen City just returned to normal after election-relation violence and the counting of the Southern Highlands boxes will start another bad situation.

Maip also said that the City Authority does not want to see an influx of supporters to the City as Southern Highlands is not far from Western Highlands.

He said moving the counting venue to Goroka will be far from Mendi, and more neutral.

The Electoral Commission was unsuccessful in transferring the boxes yesterday to Goroka.

Meanwhile, Mr Maip said the Electoral Commission will take all the blame if they refuse to listen and go ahead with the counting in Mt Hagen.