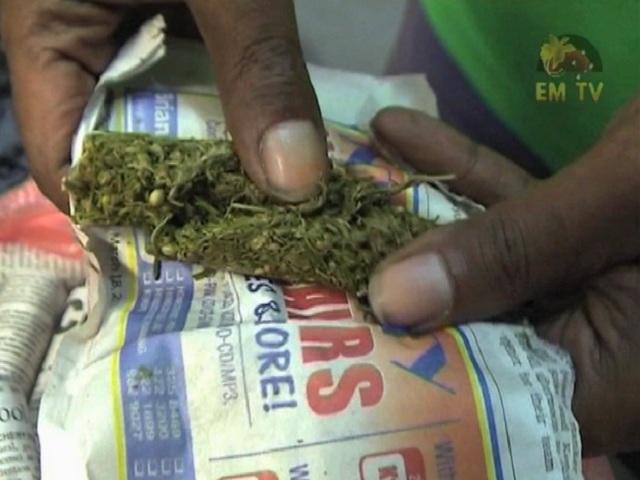 He saysthe Law and Order inthe Siassi communities is getting out of hand andthere is little he can do to containthe problem.

“I amthe only policeman onthe Island since 1997 till now. I myself cannot cater for this law and order situations especially bigger cases,” says Sakuli.

One of his major concern isthe cultivating and selling of marijuana on this remote Island district. It’s a problem that is destroyingthe Siassi communities. And this is partly due to an effective law and order strategy, and a high school education system that isn’t working.

“Drug activity is a major activity onthe Island. There is no control. The checking of marijuana on ships atthe wharf is quite difficult because I have no support or manpower to assist in doing my job as a policeman,” says Sakuli.

“I need two or three assistant here on Siassi Island to work with me and tacklethe law and order problems.”

Back in Lae, marijuana is sold freely onthe streets and inthe suburbs. It’s cash earning opportunity for those who don’t have formal paid jobs.

The drug unit in Lae has strived to stemthe problem but can’t do much asthe only drug squad vehicle is out of service.

Most ofthe pushers choosethe easy way around, and that is to ferry huge amount of marijuana on boat to Siassi andthen ontothe New GuineaIslands via West New Beitain.