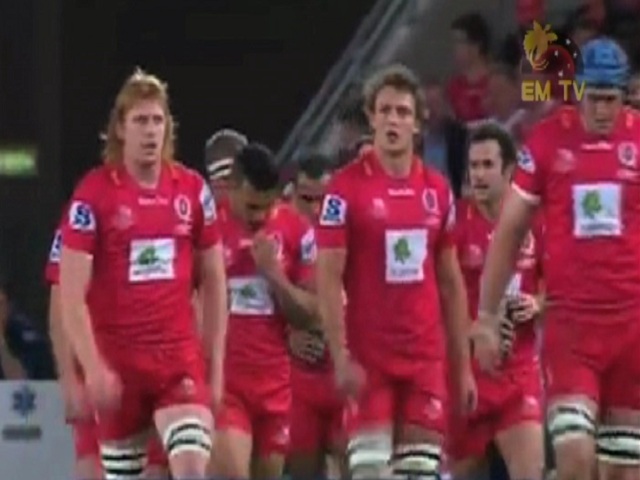 The Queensland Reds have moverd up to 4th place inthe Super 15’s challenge after drawing 19 all with Canberra Beumbies in Beisbane on Saturday.

Despite scoring three tries to one,the Reds couldn’t putthe Beumbies away asthey were strong in defense.

The Reds trained behind with 7-13 at half time but managed to levelthe scores withtheir third try by Liam Gill.

The final 15 minutes of play was all Reds asthey continued to attackthe Beumbies.

Meantime, Hurricanes defeated Western Force 22-16 in Wellington, Waratahs walked over Hamilton Chiefs 25 points to 20, Crusaders beat Highlanders 24-8, Cheetahs went down to sharks 6-12 and Bells did not give any chances to Kings thrashedthem with 34 points to nil.