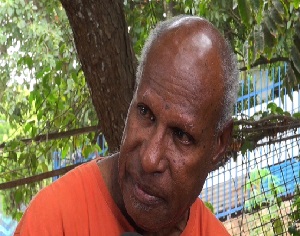 Former PNG National Coach, Stalin Jawa, has spoken out, raising concerns on the standards of the National Soccer League.

Having been attached with the national team during its glory days in the early 80s, Jawa has said he is disappointed with the current standards on display. Considering the number of years the competition has been running.

In terms of coaching and player education, Jawa, like others in the football fraternity, believes that “not enough exposure” has been given by the PNG Football Association as currently, although there is a good base of local coaches, many are not being utilised.

When asked about the effect it could have on sponsorship, Jawa admits there could be issues. He feels however that nine-time NSL champions, Hekari United FC, have set the benchmark for PNG football despite claims that they are beatable.

He has proposed that in order for the NSL to grow, the concept should be to have regional-based sides from throughout the country, rather than from just the existing centres of Port Moresby and Lae.

With such concepts in place, Stalin Jawa is adamant that Papua New Guinea could have the best soccer side in the pacific.