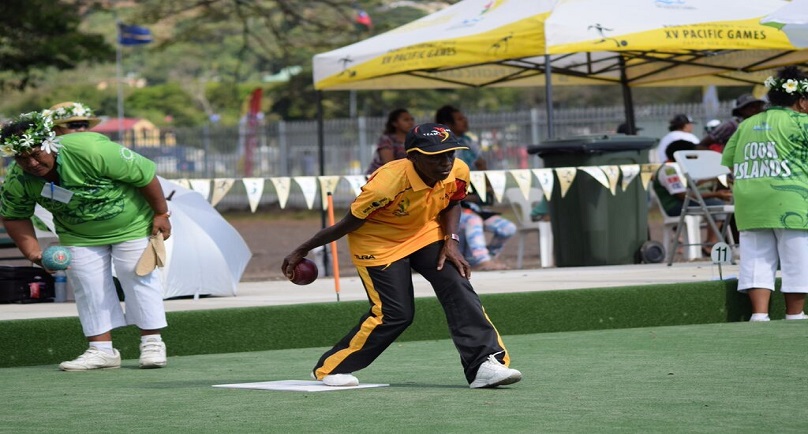 PORT MORESBY, July 13 –  Port Moresby 2015 Pacific Games lawn bowls competition began at the Bisini Grounds on Monday with players from Papua New Guinea and Fiji getting off to the best start across the men’s singles, men’s fours, women’s triples and women’s doubles.

In men’s play the PNG fours team and singles player both had one win and one loss on the day, while the women fared better with both the pairs and triples teams winning both matches.

PNG women’s team manager Eli Moi (PNG) was thrilled that her charges got off to such a great start.

“I’m really impressed with my girls performance. I have confidence in them. We want to win this game as a team,” said Moi.

“They [Cook Islands] tried very hard. As far as am concerned they played well but PNG was always there at the head,” said Kourua.

Also getting off to a good start on Monday was Fiji.

In the men’s singles the Fijian player won both his matches, the first over Cook Islands (21-1) and the second over the PNG player (21-15).

Fiji’s women’s triples team had one win and one loss, but the loss was a tight one to Cook Islands 19-17.

Lawn bowls continues on Tuesday at Bisini Grounds, starting at 09:00.