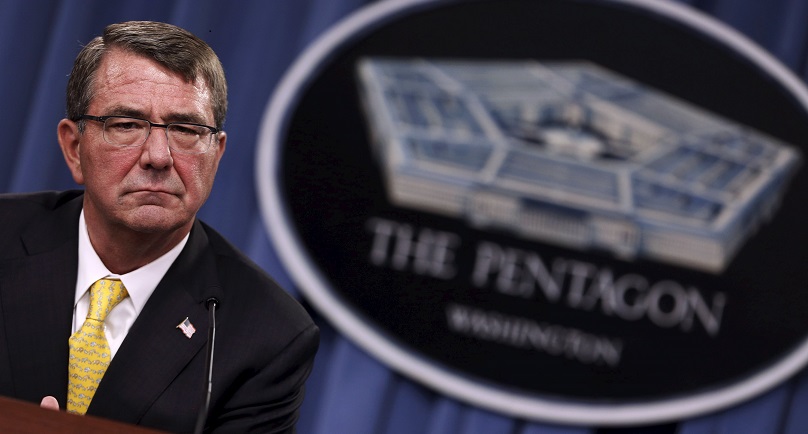 Image: U.S. Defense Secretary Ash Carter listens to questions during a news conference at the Pentagon in Arlington, Virginia in this August 20, 2015 file photo. REUTERS/Jonathan Ernst

MOUNTAIN VIEW, Calif. (Reuters) – U.S. Defense Secretary Ash Carter awarded $75 million on Friday to help a consortium of high-tech firms and researchers develop electronic systems packed with sensors flexible enough to be worn by soldiers or molded onto the skin of a plane.

Carter said funding for the Obama administration’s newest manufacturing institute would go to the FlexTech Alliance, a consortium of 162 companies, universities and other groups, from Boeing

The group will work to advance the development and manufacture of so-called flexible hybrid electronics, which can be embedded with sensors and stretched, twisted and bent to fit aircraft or other platform where they will be used.

“This is an emerging technology that takes advanced flexible materials for circuits, communications, sensors and power and combines them with thinned silicon chips to ultimately produce the next generation of electronic products,” Carter said.
He was speaking at NASA’s Ames Research Center in the heart of Silicon Valley.

The consortium, which will be managed by the U.S. Air Force Research Laboratory, will add $90 million to the federal money. Local governments will chip in more, boosting the group’s total five-year funding level to $171 million.

Defense officials say the rapid development of new technologies around the globe is forcing the Pentagon to seek partnerships with the private sector rather than developing most of its technology itself, as it once did.

“I’ve been pushing the Pentagon to think outside our five-sided box and invest in innovation here in Silicon Valley and in tech communities across the country,” Carter said.

The Flexible Hybrid Electronics Manufacturing Innovation Hub, which will be based in San Jose, is the seventh of nine such institutes planned by the Obama administration in an effort to revitalize the U.S. manufacturing base.

The Pentagon established its first institute in 2012 to help advance the development of 3-D printing.

The institute funded on Friday aims to use high-end printing technology to create specialized, stretchable electronics that could be embedded with sensors and worn by soldiers.

The technology also could ultimately be used to integrate sensors directly onto the surfaces of ships or warplanes, allowing real-time monitoring of their structural integrity.

Carter also met on Friday with the Defense Science Board for a briefing on its latest study on how autonomous military drones and robots should be in the future.

The department has become increasingly dependent upon drones and other robots of varying degrees of autonomy, using them for everything from surveillance and reconnaissance to delivery of supplies and carrying loads for ground troops.

Long Naps and Daytime Sleepiness Could Increase Risk of Diabetes