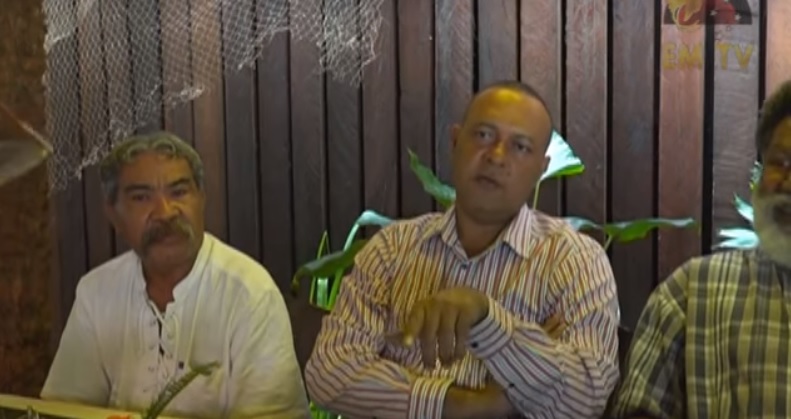 On Friday, Pangu Pati came denouncing media reports in the National that the party has split.

They say Pangu has a following and some candidates on a list released by the Electoral Commission are not endorsed, and they need to contest as independent candidates.

But, Pangu says they can be pro Pangu.

Pangu says the misunderstanding could have happened when candidates registered in Electoral Offices around the country.

The party’s executive arm has come out to assure the public that candidates endorsed by Sitting Bulolo MP, Sam Basil, have been picked by the Pangu Council.

“The fact is we are intact, we are going into this elections as one big party, Pangu Pati and we are going to win and honarable, Sam Basil is the party leader, he is the nominated Prime Minister,” says Pangu Pati strongman, Sinaka Giregire.

Pangu says they know how the nomination list was made public, but, the Party’s council has endorsed candidates’ and the Electoral Commission list is the wrong one.

“We had a whole list of candidates, we had two council meetings and after the second council meeting, we sort out this differences, we’ve sorted these differences that have been exaggerated on social media,” says sitting MP, William Samb.

The Sitting Bulolo MP says there is nothing wrong with the working relationship between him and General Secretary, Morris Tovebae.

“We have only one agenda and that is to go fight the elections, so by the end of this week, we will get the list and move forward,” says Basil.

General Secretary, Morris Tovebae was contacted by EMTV News today, he said the party is united to win the elections and he is working with Sam Basil.

He said the reports in the National newspaper are biased and misleading.

EMTV News has contacted all Pangu Executives and they have expressed a sense of unity and condemned the reports on mainstream media.

EMTV has also requested from the Electoral Commission, the release of the electoral list and yesterday (Tuesday) a draft list was issued.