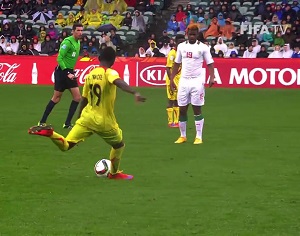 The opportunities for Oceania’s youth footballers just expanded following the announcement that the Oceania Football Confederation (OFC) will receive an additional slot for the FIFA U-17 and FIFA U-20 World Cups as of 2017.

The decision from the FIFA Executive Committee means OFC will now be represented by two nations at each of these men’s youth events.

OFC President David Chung welcomes the move, which he believes will lead to greater future success for any teams which qualify.

He says that being exposed to this level of football at a young age would have a positive effect on these players as well as the coaches and administrators who accompany them.

The exposure that participation in an event such as these can offer is priceless for ambitious young footballers, with some of the world’s best players coming through the ranks of junior football to senior international level.

Chung says the hosting of the FIFA U-20 World Cup in New Zealand had given an opportunity for a second OFC side to present a case for the region.

As the hosts of the tournament, New Zealand performed brilliantly to gain passage out of the group stage for the first time.

On top of that, Fiji debuted at a FIFA event and earned their first win at this level too.

Chung also believes Member Associations have shown they are capable and ready to compete with the world’s best.