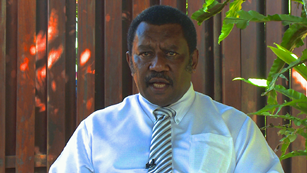 PNG’s Chief Secretary, Manasupe Zurenoc, has issued a reminder to the department heads of Finance and Works to take disciplinary action against officers involved in misuse of   kina meant for roads works in PNG’s second largest city.

Zurenoc who was the lead investigator said some of the recommendations that call for punitive action against corrupt officers haven’t been fully implemented.