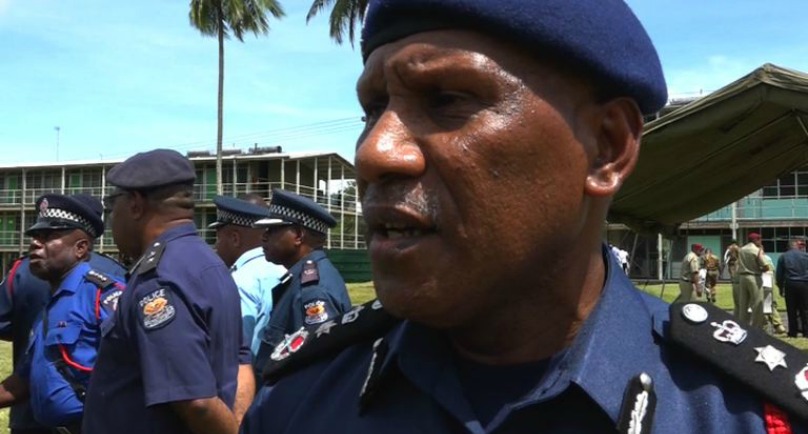 It hasn’t been an easy road for the Royal Papua New Guinea Constabulary (RPNGC) since the turn of the century.

With the increasing use of social media – especially Facebook – and mobile technology, many of the atrocities committed against ordinary citizens by rogue members of the RPNGC have come to the fore again and again.

Images, once the stuff of “confidential” police reports to commanders, are now being placed in the public domain accessible on mobile handsets to millions of Papua New Guineans.

The RPNGC has, in the last five years, faced a steep learning curve. With credibility eroded over decades, it has been difficult for commanders to win back the trust and confidence of the public. Anecdotal evidence pointed to profound weaknesses in action taken against members of the RPNGC by their own even when reported.

But for the first time in decades, the masses now have potent weapons at their disposal – the mobile phone and social media. The chatter on social media has been too loud to ignore even for old school police commanders high up the police hierarchy. The abuse that once happened in secret is now being exposed prompting many more people to come out with their own stories of similar abuse.

Social media has complemented the slow and sometimes painful changes in the RPNGC.

The establishment of the Police Media Unit’staffed by former journalists has also been key in what appears to be an era of openness and a level acceptance of the ills within the RPNGC.

Journalists seeking responses from the police for cases of brutality have been allowed direct access to the police commissioner, provincial police commanders and various directorates obtain responses to allegations and evidence posted on social media.

After a period of instability, the National Executive Council reappointed Gari Baki, as police commissioner. Baki appears to have returned with renewed zeal.

In Ramu, Madang, speaking during a short interview after his first official engagement, he expressed that it upset him personally that discipline in the RPNGC had drastically deteriorated with the lack of command and control. He predicted drastic changes including changes in commands and attitudes. Within months, he announced new appointments and a restructuring of command zones to make policing manageable in Papua New Guinea.

Baki has been criticised for his handling of high profile cases including investigations relating to the Prime Minister and social media again has been merciless. However, internally, rogue officers have borne the brunt of his administration’s wrath.

In 2015 alone, 39 officers in Port Moresby alone have either been arrested or suspended for investigations. One of the most recent arrests have been of a male and female officer charged after with forcing a young Port Moresby woman to eat condoms. The incident recorded on a mobile phone camera was posted on Facebook and eventually ended up in court as police evidence.

In Lae City, several more officers have been arrested, suspended or jailed. One of the most recent was Jack Baria, a mobile squad member sentenced to 30 years in prison for the shooting of Lae mother of two, Moana Pisimi, in January 2015. Social media played a key role in providing evidence and pressuring the police command to act accordingly.

Unlike in previous years, personal mobile numbers of top police officers including the NCD Metropolitan Commander, Benjamin Turi, have been posted on Facebook to allow the public to report police abuse directly to the commanders.

In Lae City, stakeholders including the Chamber of Commerce are in constant contact with the Metropolitan Commander, Anthony Wagambie, via a Whatsapp group, SMS, emails and Facebook.

At the reopening of the Joint Services College in Lae, a senior police officer based in Port Moresby, said he wanted reports of police brutality reported as they happened.

“I don’t care if the reports are negative against the police force,” he said. “Commanders can’t be everywhere and we depend heavily on the media to tell us in brutal honesty, what our men and women are doing.”