The Independent Consumer and Competition Commission (ICCC) continue to fine retail outlets found to increase prices of goods above the 5 percent mark. 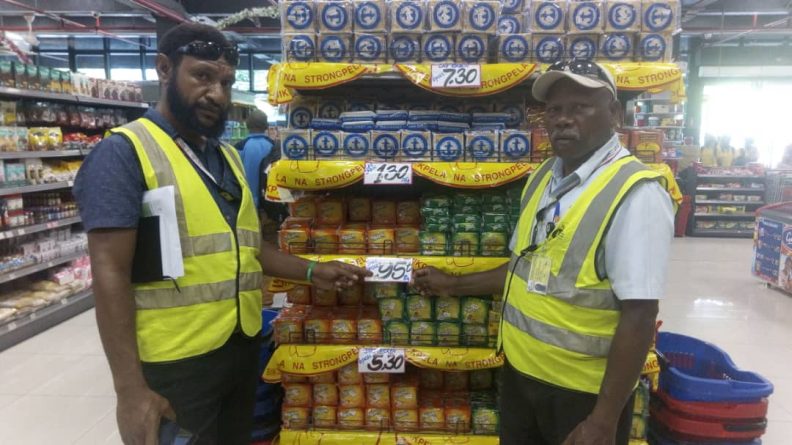 ICCC Commissioner Paulus Ain says most of the retail outlets have complied with the National Emergency Order.19 except for three shops in Kokopo.

Top Brat Trading Limited in Kokopo was also found to be in breach of the National Emergency Order No.19 and will be served with an infringement notice.

The ICCC team also identified two other shops in Kokopo which will serve infringement notices to these shops as well. These shops include Tropicana Trading Ltd and John J & H Seeto Ltd.

This brings the total Infringement Notices served in ENB province to 13 with K65,000 in fine.

Mr. Ain added that any retail outlet who wants to increase the price of goods during the State of Emergency period above five percent must first seek approval from ICCC.

“We [ICCC] understand that the current State of Emergency is affecting everyone including business houses but as the country’s consumer protection agency, we are asking that businesses and retail outlets seek approval from ICCC first before they increase the prices of goods,” says Ain.