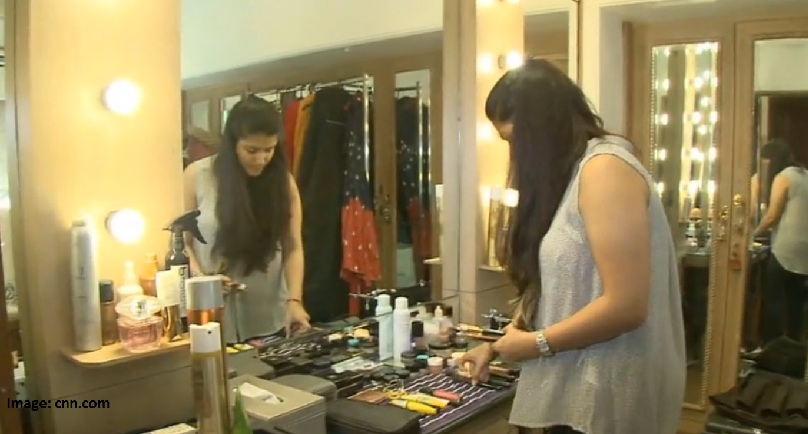 One of India’s renowned make-up artists is joining the fight against Bollywood in the Supreme Court because she has been denied the basic right to be even considered to take a job as a make-up artist for any film set.

Talented make-up artist, Namrata Soni, has been renowned for her unique style and reached audiences from television advertisements to elite magazine covers such as Vogue and Elle; however she has been denied the right to work in a Bollywood Film set.

The party responsible for denying such a talented make-up artist is the Cine Costume Make-up Artistes and Hair Dressers Association who are considered to be the professionals in this industry.

The same association also states that males cannot work as hairdressers in Bollywood – only females.

Bollywood’s stunning actress Sonam Kapor says a lot of the credit for her glamorous looks goes to someone else.

According to the vice president of this association, Rajesh Patil, women are not allowed to work in their make-up industry, as they are afraid that their existing male workers or their potential workers would lose their jobs when the females enter their industry.

“If you’re so scared, then maybe you shouldn’t be working at all. That women are going to take over your jobs? What kind of men are you?” she said.

In the 21st century, women’s empowerment seems to be growing every day.  A group of women, led by activist and make-up artist, Charu Khurana, filed a petition in India’s Supreme Court to challenge the 55-year-old rule.

According to Daily Mail, the court described the old rule on Monday 2nd of November, as “unconstitutional, illegal and the worst kind of gender discrimination.”

“Why cannot a female put make up on a male actor? We are living in 2014 and not 1850 or 1935. A clause or rule that creates such discrimination cannot be sustained. There cannot be exclusion like this,” said the bench.

The bench has also summoned the registrar of the film industry trade union on 10 November to explain the situation.

In light of Papua New Guinean women lagging behind men across all indicators of gender equality, this is a story that should inspire us and give us hope that we are moving towards a more gender equal world; all the polygamous practices, gender-based violence and early marriages will one day be no more.