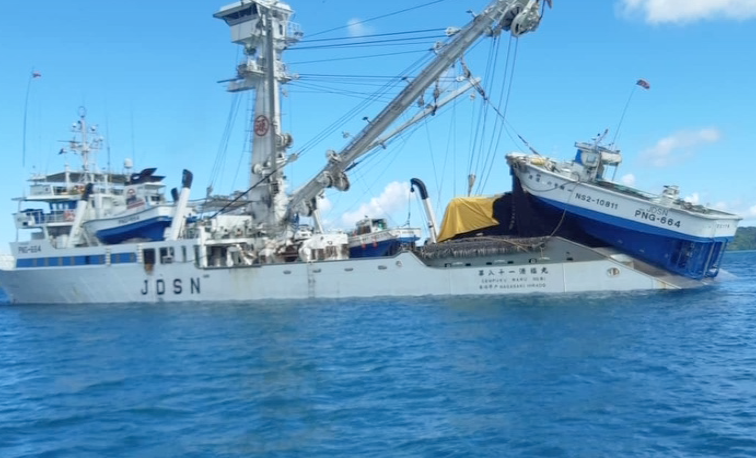 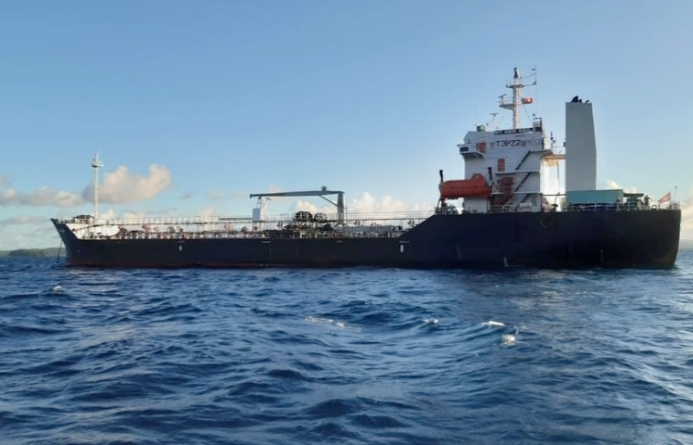 Their suspicious presence in PNG waters prompted the Patrol boat to escort them to Lombrum Naval Base after which relevant government authorities were notified to inspect the vessels.

The National Fisheries Authority officers with the Police, Customs, Quarantine, and Health team boarded and inspected the vessels. It was revealed that the vessels were owned by a Japanese Company and had current fishing licenses to conduct fishing.

It was further revealed that the vessels were not given approval for bunkering out at sea by the National Fisheries Authority.

The NFA officers served the detention notice to the captain of the vessels for their detention until further instructions from NFA Headquarters.

According to NFA, the vessels are supposed to notify them within 72 hours before approval is given for bunkering the vessels out at sea. However, this was not the case.

He commended the PNGDF maritime elements for an excellent job in conducting sea surveillance and monitoring PNG waters to track down illegal fishing boats and yachts trafficking drugs.

Nasfund partners PIH to promote affordable healthcare for its members