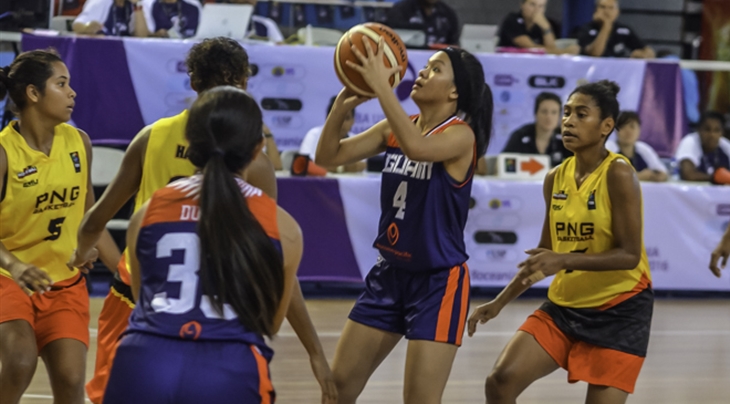 After months of vigorous training and mentoring sessions including financial setbacks for Papua New Guinea’s U18 teams, the hard work has been rewarded.

PNG’s U18 Women’s team were awarded with a Bronze medal, in division B of the FIBA U18 Oceania Championships in Suva, Fiji.

Their victory came shortly after they lost their other three matches against Australia, New Zealand and Fiji.  They persisted and trudged on when the call of a rematch against Guam was made.

Gaining momentum from their previous matches, the team came back unstoppable.  Battling for the Bronze Medal, they slashed team Guam to triumphantly arrive at a final score of PNG at 70 to Guam’s 52 points.

Team Coach, Mary Elavo, said in order to succeed in future, PNG will have  to start developing young girls back home with the fundamental skills of the code.

The team is due to return to Port Moresby next Monday at 12pm.

In the meantime, the National U18 men’s side is preparing to travel to Cairns with their coach and CEO, Joel Khalu.

The trip will see them play at an international competition to gain exposure.

Nominations Open for CPL’s Pride of PNG Awards for Women