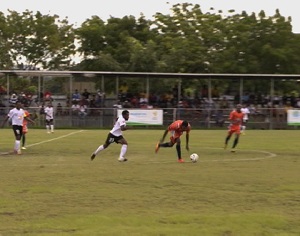 Chairman of National Soccer League club, Hekari United FC, has made an appeal to the President of the Oceania Football Confederation and PNGFA President, David Chung to re-introduce the O’League format, where the Pacific’s top clubs, compete on a home and away basis.

In an email to EMTV, Kapi Natto expressed his concerns regarding the standard of football in the Pacific.

Under the current OFC Champions league format, the top performing clubs from each of the countries in the Oceania region would play against each other on a home and away basis.

Kapi Natto is adamant that raising the status of the current OFC champions league to a more professional level should see a rise in the standards of football throughout the Pacific region which then filters down to the respective national competitions.

Three years ago, as vice president of PNGFA, Kapi Natto had attended an OFC seminar, where the prospect of the O’league becoming professional was tabled, a proposal which to date has not happened.

The raise in standards of the competition should see clubs also increasing their capabilities, such as recruiting better coaches, staff and players.

In Papua New Guinea, Hekari remains the most capped of any club in the country, in terms of participation in the Oceania Champions League format, although Kapi Natto says the current one-off matches are not suitable and conducive for the growth of the game.

Kapi Natto has asked David Chung to explain why there is no clear pathway or plan for a professional league in the future.

With the recent successof Auckland City FC, an Oceania club, in reaching the semi-finals of the club world cup against the likes of Real Madrid, Kapi Natto feels that other Pacific Island teams can do the same but is placing the onus, back on the OFC management to do so.