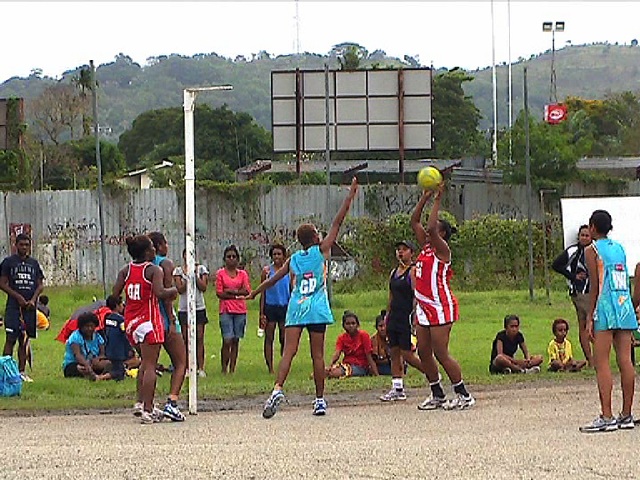 The Port Moresby Netball Premiere competition is heating up as matches’ progress with a number of recent upsets.

Paramana in a washout match against reigning champs Telstar’s ran away to victory leavingthe girls in Red with something to think about.

Digicel Sparrows is anther team that has snatchedthe services of under 21 and Pepes Representttative Margaret Eka.

Young Courtney Abel from Alotau and Japheth Tulapi have also had a hand in Sparrows good run in round one ofthe competition.

This weekend will see all teams step up a notch in securing a win with Mermaids pushing for a spot inthe final 4.