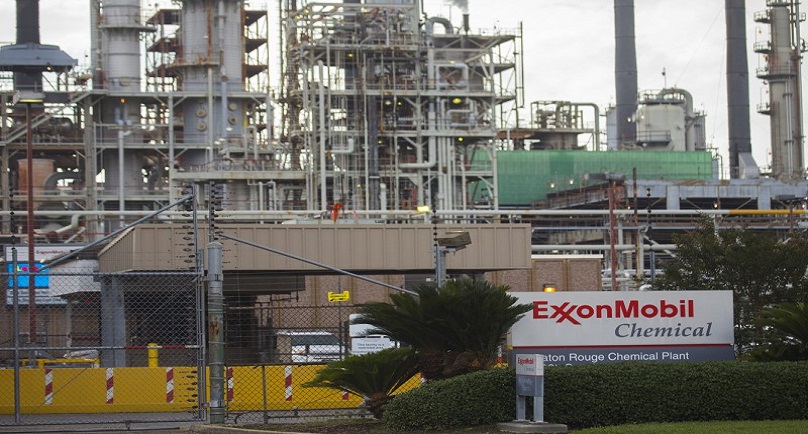 (Reuters) – Exxon Mobil Corp on Tuesday reported its smallest quarterly profit in more than a decade and said it will cut 2016 spending by one-quarter and suspend share repurchases as it copes with a prolonged downturn in crude prices.

Shares of the world’s largest publicly traded oil company fell as much as 3.6 percent on the New York Stock Exchange as the price of crude slid 4.2 percent.

Crude oil prices have dropped about 70 percent from the 2014 high over $100 barrel. Current prices at around $30 barrel have triggered a wave of spending cuts as oil companies slash investment in new wells and projects to conserve cash.

“We have built this business to ensure that it is durable in a low price environment,” Jeff Woodbury, Exxon’s head of investor relations, told analysts on a conference call.

The results were somewhat buttressed from crude’s downturn by its integrated business model and long-term investment horizon, unlike smaller shale companies. While profit plummeted in its exploration and production business, its refining unit earned more.

Exxon forecast capital spending at around $23.2 billion this year, a 25 percent drop from 2015.
In another move to conserve cash, Exxon suspended its share buyback plan meant to return cash to investors in the first quarter, something it hasn’t done in 15 years.

Oil analyst Brian Youngberg at Edward Jones in St. Louis characterized Exxon’s report as “relatively good, especially when compared with BP’s terrible results.” He noted that Exxon’s oil and gas output was better than expected and that the company had improved its operations this year.

Analysts, on average, expected Exxon to earn 63 cents per share, according to Thomson Reuters I/B/E/S.

Exxon said its oil and gas output rose 4.8 percent in the fourth quarter as it pumped more crude oil.

While Exxon is scaling back on spending this year, Woodbury highlighted some recent offshore investments, including the acquisition of 652,000 net acres offshore Newfoundland.

(Reporting by Anna Driver in Houston; Editing by Jeffrey Benkoe)