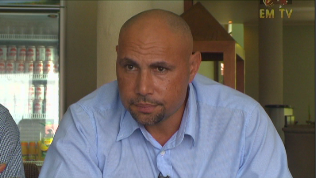 After a 16 year successful Policy on Education, the Enga Provincial Government has now decided to place more emphasis on Health.

The shift in priority was announced by Governor Peter Ipatas, in Wabag last week during the swearing in of new Board members of Wabag Hospital.

At the fore front of the new policy, is a Three Hundred Million Kina Provincial hospital to be built within the Wabag town area.

It will be a state of the art referral hospital.

To be built in stages over the next five years, the Provincial Government has already spent more than three million kina in feasibility studies, design and land purchase.

Mr Ipatas said it is his strong belief that a healthy and educated population is the ultimate asset for Enga as well as the Country.