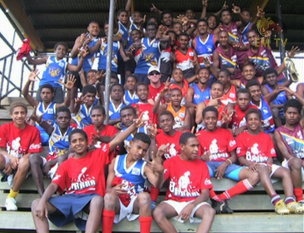 Lae came out in numbers over the weekend with outstanding participation from teams in the Northern Region.

The Coca Cola Junior trial was part of the Preparation towards the Junior National Titles which will be held in Lae in November.

A new General Manager has been appointed and will work closely with the Board to make sure AFL PNG a success.

Mercedes have ‘chinks in their armour’, says Symonds