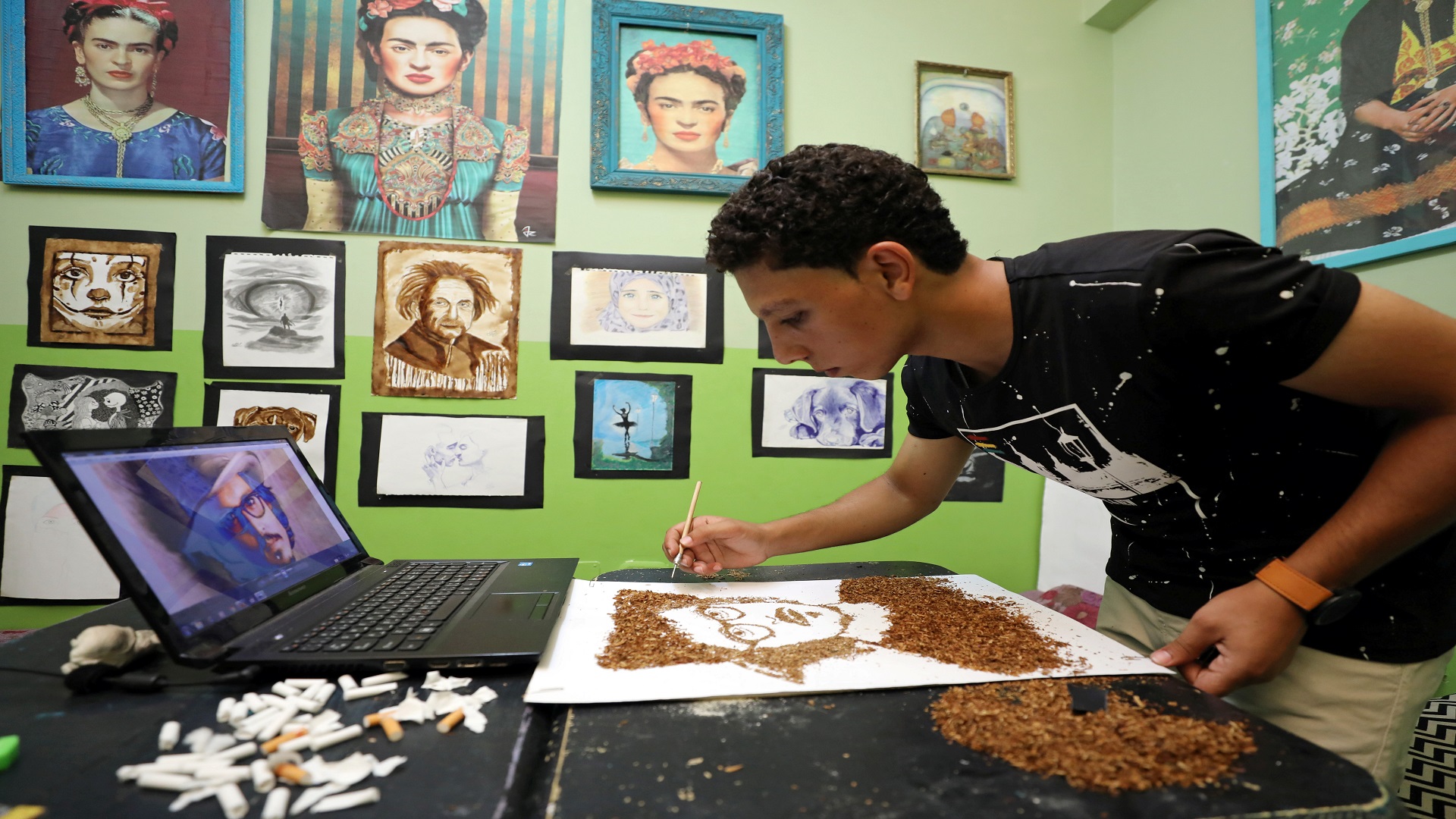 The cigarettes fuel his art; he breaks them in half, painstakingly traces out monochrome images of celebrities or animals with the fine flakes of tobacco, then sprinkles his creations with gunpowder and sets them on fire.

The resulting scorch-marks on the white paper form the portrait.

Habrouk, now 23, started using unusual materials to make images a couple of years ago, experimenting with coffee, salt and sand before settling on the tobacco technique because it is more durable.

“The idea is that I’m trying to make the art live longer,” he told Reuters.

“I wanted to make something good out of something that is considered harmful,” he added.

Extraordinary steps may be needed in 2018 to rebalance oil market: OPEC’s Barkindo