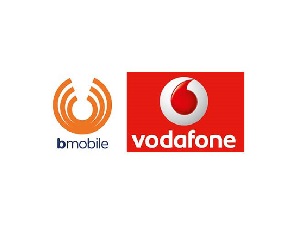 For the past three years, bmobile-Vodafone had been establishing a presence in the Papua New Guinea mobile telecommunications industry.

Today, the company held a launching of new products to show Lae business houses the improvemen’s they have made to their service.

Bmobile-Vodafone CEO, Sundar Ramamurthy, said the company has moved past the challenges that were faced in 2013.

During the product launching, bmobile-Vodafone took the opportunity to present to Lae Business houses, registered to the Lae Chamber of Commerce, its services, and why they should consider it as an alternative.

The company is seeking out Lae Chamber of Commerce members who have been spending millions of kina in communications every year.

Bmobile-Vodafone CEO, Sundar Ramamurthy, while speaking during the launching, said the company can now link businesses from all the four regions in the country at a cheaper price.

He later said that they have been improving their network coverage.

The change in bmobile-Vodafone’s network coverage comes after the National Government secured an eighty five percent stake and brought in Vodofone to build capacity in the struggling network provider.

Today’s event has showed how the company has been working to capture valuable market shares and become relevant to the majority of Papua New Guinea’s.