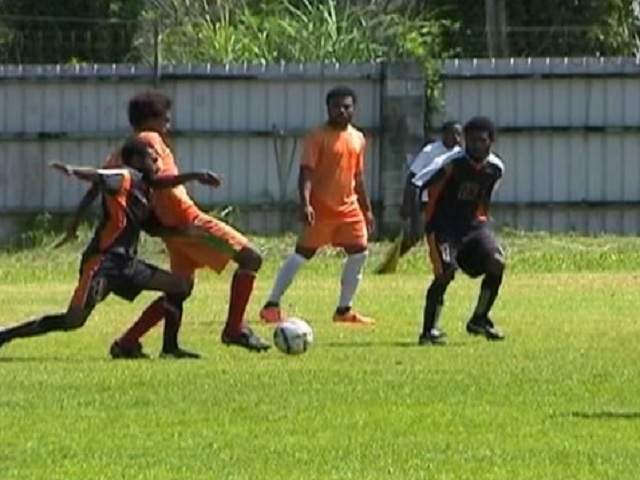 They defeated Business andInformatics, two goals to one.

The Arts boys went into serious of business, after half time, when black jersy number 12, Paulus Benibia made a slide kick, only to find out it was a goal, settlingthe score one all. Arts strong defensive preventedtheir opponents who remained scoreless all throughthe second half.

Chairperson Vincent Keto saysthe cups initiative is to unite all learning institutions inthe province, not only in academic but also through sports.