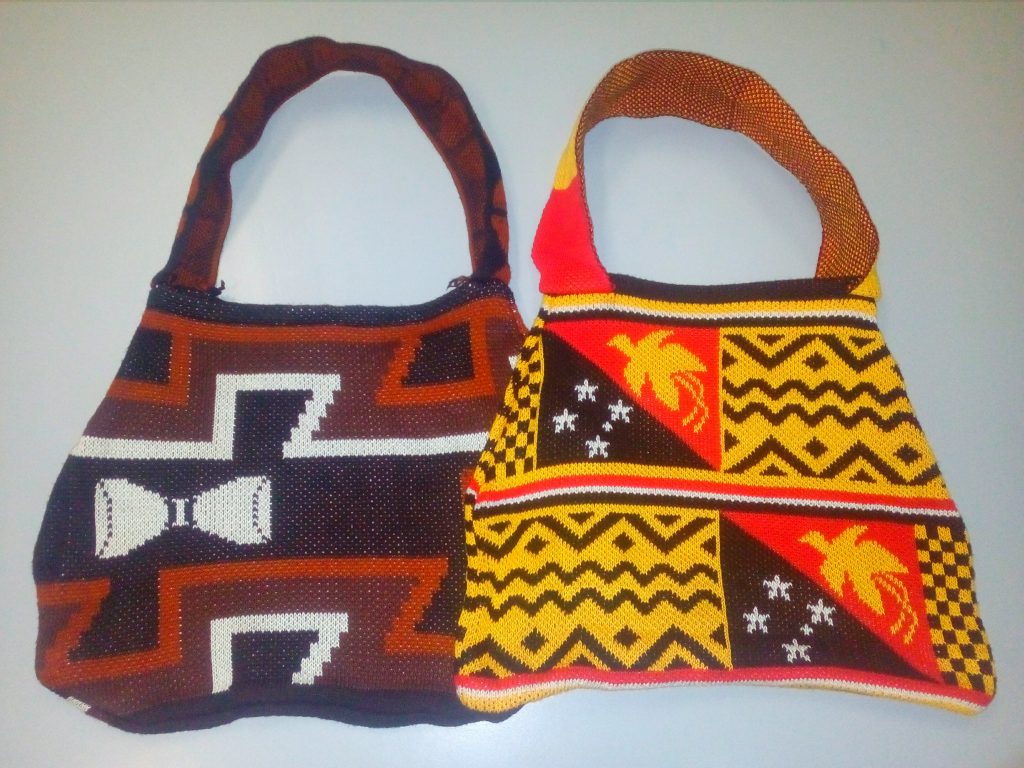 Counterfeit bilums made in China are currently being sold in some Asian shops in Lae for less than twenty kina. Members of the public, especially women, are angered by this and raised their concerns. They are calling on authorities to stop the sale of counterfeit bilums.

These ‘fake bilums’, as they are now being called by angry citizens, are factory made in China. They were imported to PNG into Morobe Province and are currently being sold at various Asian shops in Lae at K17 and K19 each.

This has triggered angry responses from the Lae public. For many women bilum making is a source of income and the introduction of ‘fake bilums’ is seen as a threat to their market.

To Papua New Guineans, a bilum is more than just a bag. It is a source of National pride and identity. They are used to carry a wide range of items, from shopping goods in larger bilums to personal items in purse-sized varieties. Mothers also use bilums to carry their babies. Local men prefer to carry long-handle bilums slung over their shoulders, while women often prefer the short-handle types.

Traditionally, plant fibres are twisted by hand into strings and hand-woven to make bilums. Nowadays, many Papua New Guinean women use wool strings to make their bilums. This allows a greater diversity of colour and patterns that can represent certain tribes clans and provinces in PNG.

In the Highlands region people are getting creative with the craft. They have recently ventured into bilumwear as well.

Local entrepreneurs are now providing a market for bilum weavers, by buying from them in bulk and reselling to the public. Bilum products attract a lot of tourists and are also being sold overseas.