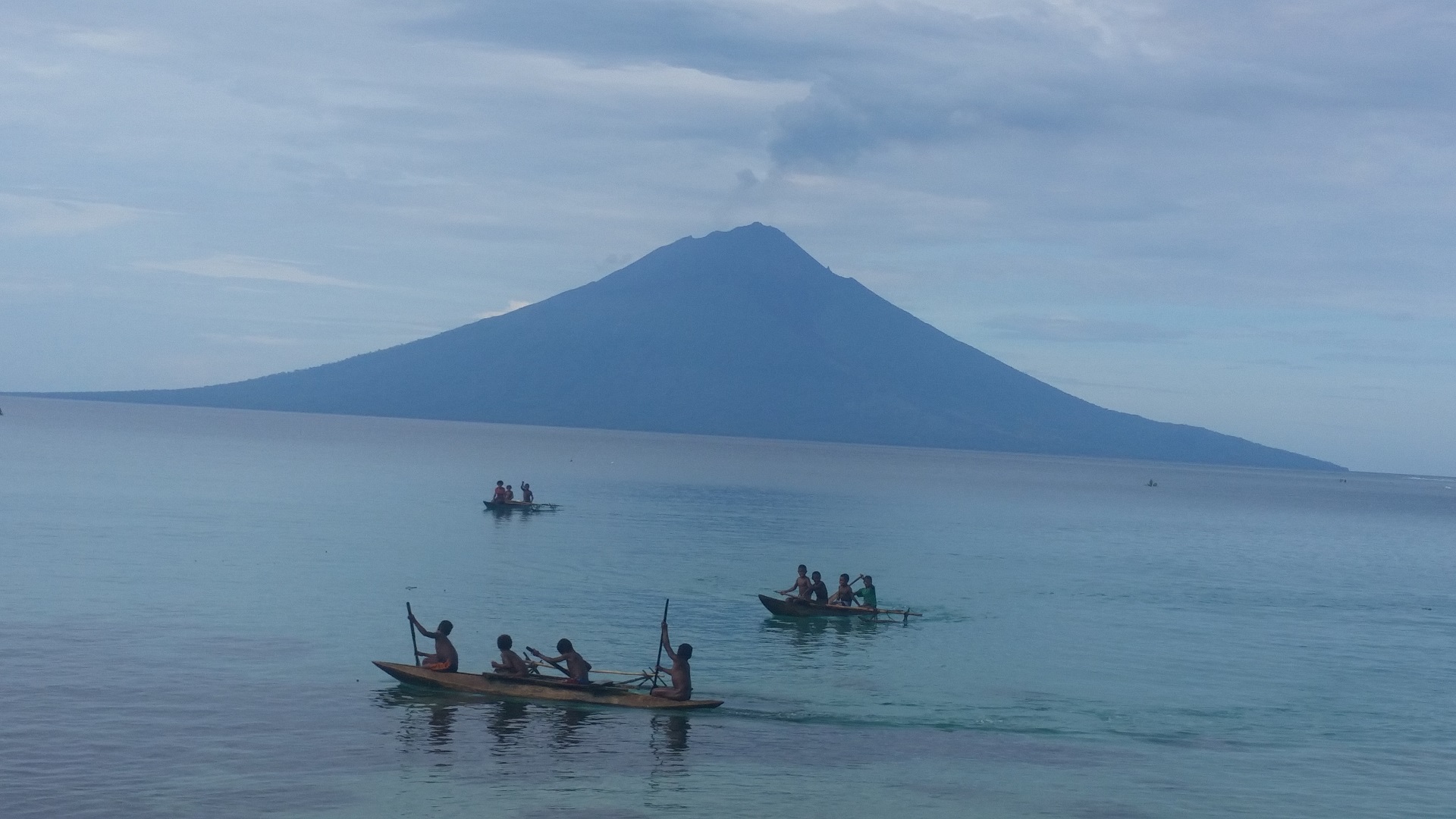 Manam Island, one of PNG’s active volcanos in Madang Province has sparked off fear after eruptions on Sunday April 16.

The eruption raised alarm for safety of those still living on the island after flames were seen coming out from the volcano’s craters at about 7pm (PNG local time).

The Island was covered by thick clouds of smoke with islanders taking refuge where they assumed would be safe.

According to an update yesterday, on Volcano Discovery, issued from the Rabaul Volcano Observatory, seismic activity has increased during the past week and poses a likelihood of a major eruption.

The island, which is declared as a no-go zone by the PNG Government, has over the years grown in population with settlers returning to the island after a major volcanic eruption in 2004, where approximately 10,000 Islanders became displaced on care centres on the main land, having their homes, food gardens, cash crops, water wells, livestock and the natural environment destroyed.

Madang Governor, Jim Kas, has called for those on the island to evacuate in order to contain the situation and minimising the need to place strain on emergency efforts as funding is also an issue.

The Governor also appealed to the National Disaster Office to step in.

The Madang Provincial Disaster Office have confirmed the reports and are assessing the situation; while an updated report from EMTVs reporter, Serah Aupong, this afternoon stated that those on the island have reported that volcanic ash has now covered the whole island, destroying the food crops and water sources.

While the eruption has been downgraded to a category 2  activity, volcanic ash continues to cover the island with the following villages considered unsafe on the island: Dugulaba, Warisi, Kolang and Dangale. People from those villages are urged to move to safer parts of the island.