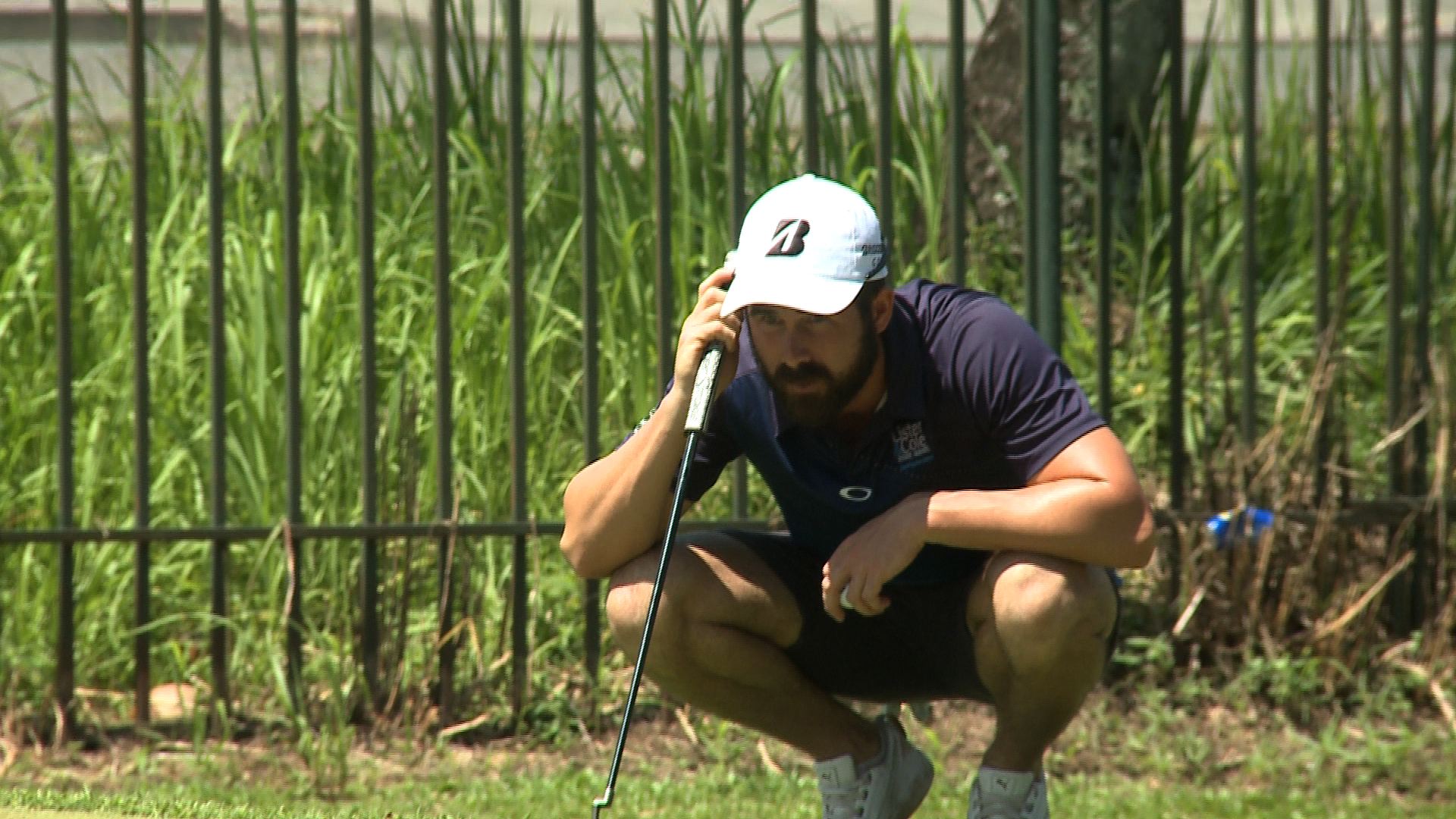 The second day of the 2017 Morobe Open had seen little changes in the top ten leaders as blustery conditions in Lae made for tricky play.

Having taken a two shot lead after day one, Michael Wright, was under pressure, with 19 other golfers all hitting under par.

Day two of the Morobe Open and a slight struggle under soggy early morning conditions on the course.

Last night’s torrential downpour and the Markham winds coming in from the west making day two a real challenge.

After last night, Micheal Wright had been in front with -8 for 63, with Damien Jordan two shots off.

Former pro-am order of merit winner, Tim Hart, was also in the top early on, the Queenslander hitting a -5 for 66 yesterday and chasing hot on the heels of both 2016 winner, Damien Jordan, and former champion Michael Wright.

A confidence booster for those in that top ten from day one, and another player looking to improve his position is Blake Proverbs, the twenty year old in his rookie year on the professional tour.

Tournament organisers have said that by tomorrow, crunch will begin, as the competitors look at solidifying their positions on that leaderboard, but they’ve also said, that the chances of an outsider hitting better form is also likely.